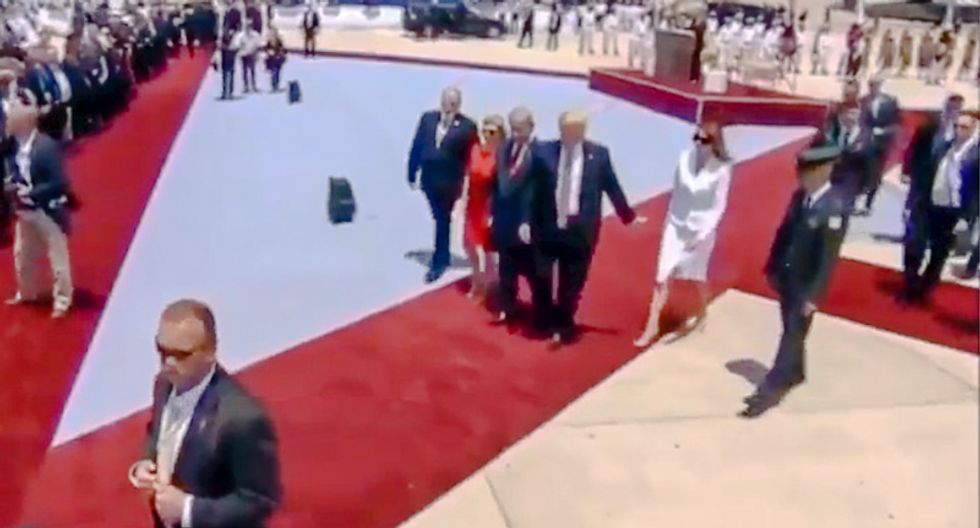 Melania Trump appeared to slap her husband's hand when he reached out to her over the weekend.

Video of the couple arriving at an airport in Israel shows President Donald Trump reaching out to hold his wife's hand. But Melania, who was apparently not interested in touching her husband at that moment, appears to slap the president's hand.

It appears First Lady Melania Trump slaps away Pres. Trump's hand as he reaches to hold it while on tarmac in Israel pic.twitter.com/rWsYlrEJeS