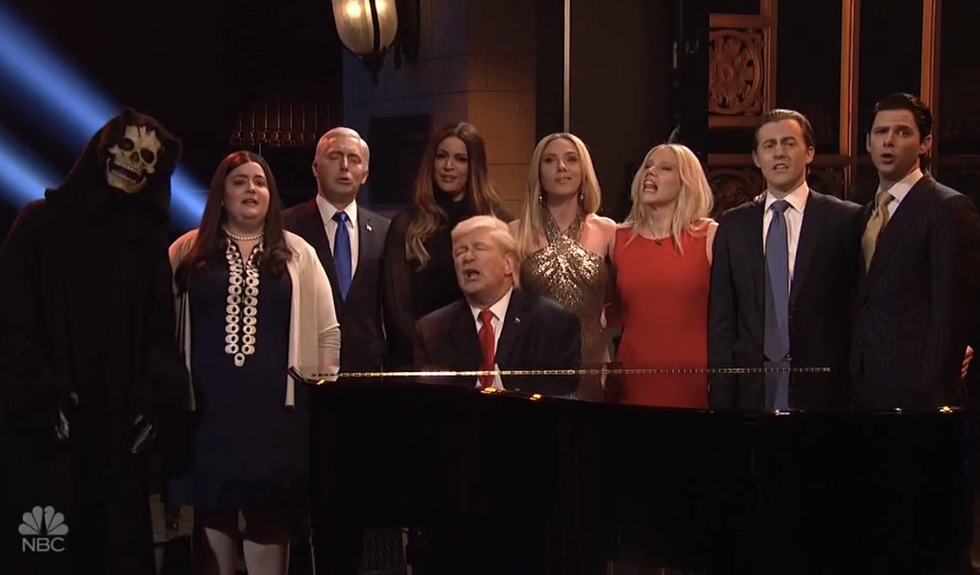 Alec Baldwin returned to "Saturday Night Live" this week to play President Donald Trump performing Leonard Cohen's "Hallelujah," in a hilarious send-up on Kate McKinnon's performance of the song as Hillary Clinton in November of 2016.

Over the course of the song -- a reference to the cartwheeling fireball of failure and scandal that has enveloped the White House in recent days -- Trump was joined by cast members dressed as Kellyanne Conway, Steve Bannon in Grim Reaper drag, Eric Trump and Donald, Jr. and Ivanka and Melania.

"I'm not giving up because I didn't do anything wrong," Baldwin said. "But I can't speak for any of these people."