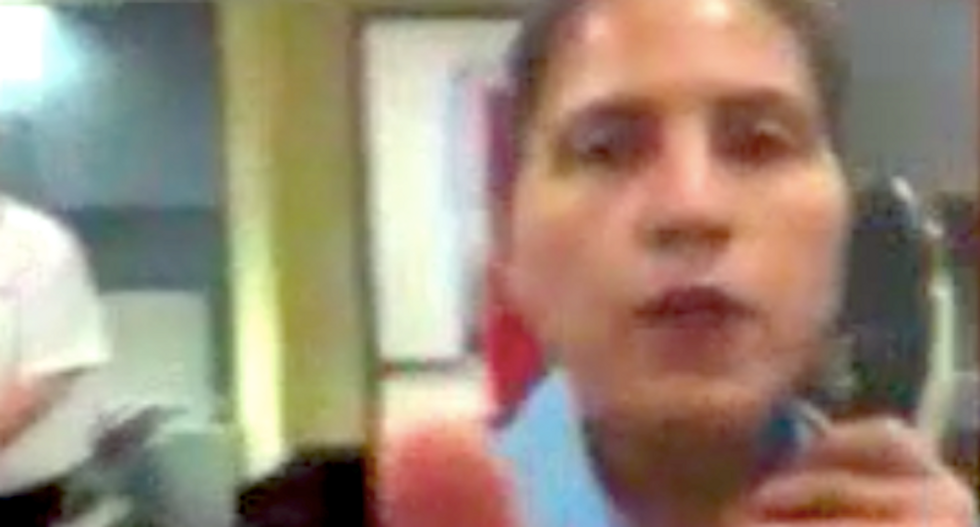 A California man says a United Airlines agent canceled his ticket after he refused to stop recording their disagreement.

Navang Oza posted an unedited video of his lengthy interaction with a ticket counter employee in New Orleans, reported KNTV-TV.

United has endured a series of public relations disasters in recent weeks, including the violent removal of a doctor from an overbooked flight and the unexplained death of a large pet rabbit on another flight.

The 37-year-old Oza was flying home to San Francisco at 4 a.m. when the ticket counter agent charged him $300 to check a bulky bag that had cost $125 on the way there.

"In trying to get an answer, the lady was being rude," Oza said.

He began recording their baggage dispute, and the employee ordered him to stop and put away his phone.

"You did not have my permission to videotape," the airline employee says on the recording.

The United employee then turns to another agent and orders them to cancel Oza's reservation, which she told the passenger was because he didn't have her permission to record.

"I was shocked because I didn't know she had the right to cancel my flight because I started recording," Oza said.

The agent then began recording Oza after she ordered his trip canceled.

"I'll do the same thing," she tells Oza.

Aviation analyst Mike McCarron told the TV station that Oza did not need permission to record because the interaction took place in a public area.

The United agent called airport police, and Oza was still recording when an officer arrived -- and he agreed that he was within his rights to record video of the encounter in a public space.

Oza admits to drinking the night before, but he said the agent canceled his reservation because of the video, not because he was intoxicated.

He ended up buying a one-way ticket home on another airline, and he wants United to pay for that trip and cancel without penalty the upcoming flights that he has booked on the airline.

A spokesperson for United told the TV station that the video does not reflect the airline's customer service guidelines, and the incident remains under review.