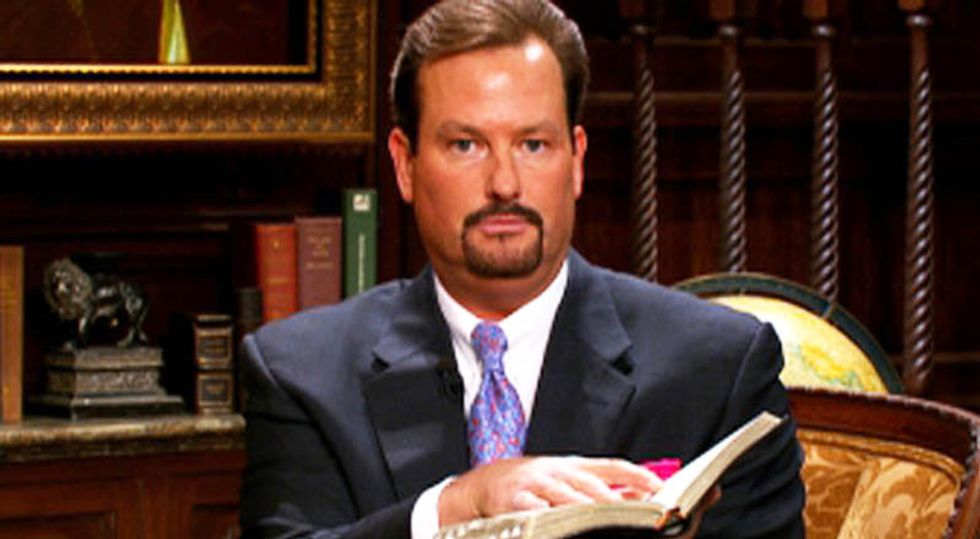 A former Charlotte "prosperity gospel" preacher who owns a garage full of expensive foreign cars and lives in a million dollar condo was indicted on multiple counts of federal tax fraud this week, reports the Charlotte Observer.

William Todd Coontz, 50, formerly a minister at the Rock Wealth International Ministries, and now living in Florida, is accused of participating in a check-cashing scheme involving travel reimbursements for speaking appearances and for book sales - and then filing fraudulent tax returns in order to hide the money.

“This is a classic example of ‘Do as I say, not as I do,’” explained U.S. Attorney Jill Rose. “As a minister, Coontz preached about receiving and managing wealth, yet he failed to keep his own finances in order. Coontz will now receive a first-hand lesson in ‘rendering unto Caesar’ that which is due.”

Christian "prosperity gospel" preachers encourage their flock to contribute heavily to the ministry with the promise that God will return their tithing multiplied leading to great wealth.

HBO host John Oliver memorably exposed the fraudulent prosperity gospel scam in 2015, going so far as to set up his own (fake) church, called "Our Lady of Perpetual Exemption."

In the case of Coontz, he promised untold wealth for his followers for the price of a $273 donation, calling it a "recovery seed."

“Suddenly miracles are happening. I want to work with your faith for quick things, swift things,” Coontz claimed in a video pitch.

While it is not known how many of his followers grew rich, Coontz profited mightily as his church paid for his $1.5 million condo he and his family lived in, as well as three BMWs, two Ferraris, a Maserati and a Land Rover.

According to the federal investigation, Coontz was skimming money from the church by submitting travel reimbursements for speaking appearances he never made and for book sales.

The indictment states Coontz hid income from the IRS by claiming the travel as a business expense while taking the reimbursements as personal income.

Coontz is accused of making his travel assistant request the ministry make the church reimbursement checks payable to “Todd Coontz” and to send the checks to his personal address. Coontz then cashed the checks.

Coontz also billed the churches where he made appearances for a full fare first-class ticket while purchasing tickets for “substantially less."