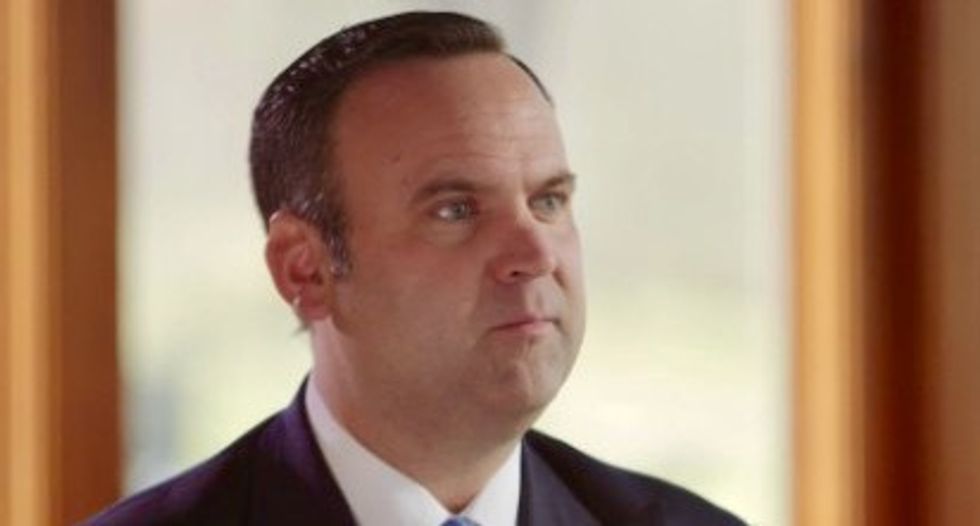 President Donald Trump's social media director Dan Scavino broke the law in April in calling for Trump supporters to defeat a Republican congressman at the polls, according to a letter from the U.S. Office of Special Counsel.

The office found that Scavino had violated the Hatch Act, which prohibits executive branch employees from engaging in some forms of political activity, and it issued a warning to him, it said in the letter.

Politico on Friday was the first to report on the contents of the June 5 letter, which was delivered to an organization that had brought a complaint.

In a tweet on April 1, Scavino had urged voters to defeat Republican Representative Justin Amash. Amash is a member of the conservative House Freedom Caucus, which had helped beat back an early version of a healthcare reform bill that was a top priority for the president.

"@justinamash is a big liability. #TrumpTrain, defeat him in primary," Scavino tweeted.

"Mr. Scavino has been advised that if in the future he engages in prohibited political activity while employed in a position covered by the Hatch Act, we will consider such activity to be a willful and knowing violation of the law," Ana Galindo-Marrone, chief of the Office of Special Counsel's Hatch Act Unit, wrote in the letter.

The office is an agency independent from the Justice Department that investigates acts in which government employees commit "prohibited personnel practices."

As the Supreme Court ends its term, Justice Stephen Breyer is officially retiring, and Judge Ketanji Brown Jackson takes his place as the country’s first Black woman justice, joining a court dominated by conservatives. We speak to ACLU national legal director David Cole about what can be done in the face of lifetime judicial appointments to the nation’s highest court who often rule counter to majority opinion in the country. “This is a radical court that is intruding upon our liberties,” says Cole. “It’s doing it all in the name of a commitment to a historic vision of the Constitution as it was drafted, when it was drafted, and imposing that on the American people, notwithstanding the fact that two centuries have intervened and circumstances are dramatically different today.”