WATCH: Flustered Sean Spicer tries to flee reporters as he rushes back to the White House on foot 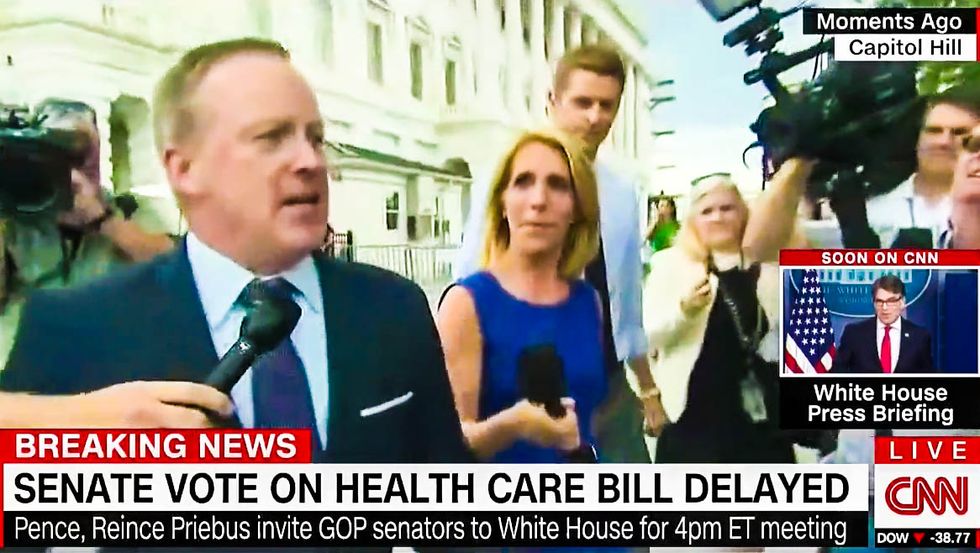 White House Press Secretary Sean Spicer was on Capitol Hill on Tuesday to lobby the Senate on passing its proposed health care legislation.

Spicer's stay in the Capitol Building, however, made him late to a scheduled press briefing that was supposed to take place at the White House.

As Spicer exited the Capitol, he was mobbed by reporters who wanted to ask him questions about what he was doing at the Senate, and what President Donald Trump was planning to talk with senators about during their visit to the White House.

"The president is going to have a great discussion with senators about, uh, what we have to do on health care," Spicer said.

"What brings you here, Sean?" asked one reporter.

"This important subject," Spicer replied as he began walking quickly down the street and toward the White House -- as a gang of reporters followed behind.