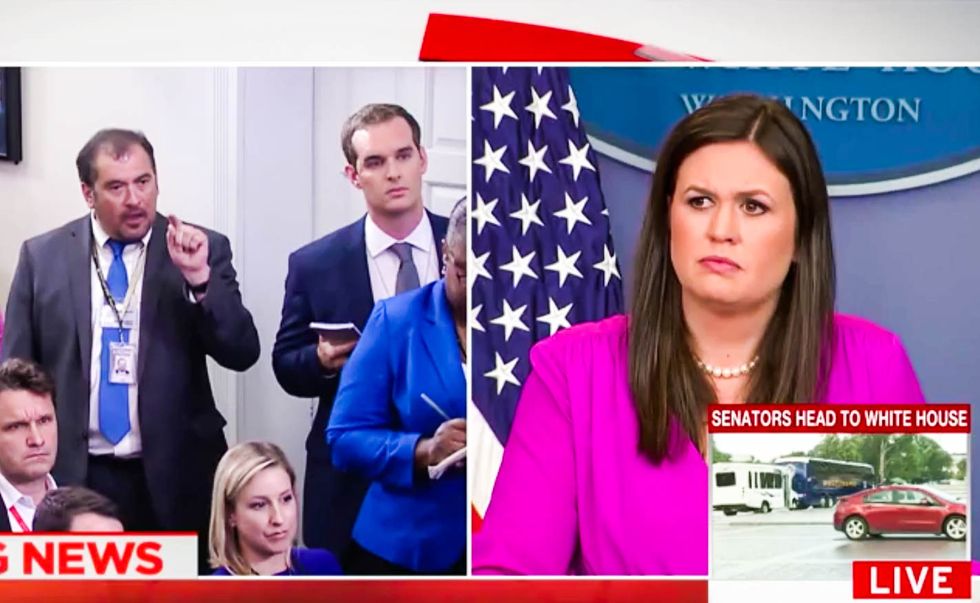 After a long answer in which Sanders attacked the news media for supposedly being obsessed with the Russia scandal -- and in particular calling out CNN for a story that it had to retract about Trump campaign associates meeting with Russian officials -- Karem stood up and ripped into the deputy press secretary for her double standard against the media.

"You're inflaming everybody, right here, right now with those words," he fumed. "Any one of us [reporters] are replaceable, and any one of us, if we don't get it right, the audience has the opportunity to turn the channel, or not read us. You have been elected to serve for four years at least -- there's no option other than that!"

Sanders tried to get a word in, but Karem was just getting warmed up.

"We're here to ask you questions, and you're here to provide the answers," he said. "And what you just did is inflammatory! And there are people all over the country who look at it and say, 'See, once again the president is right and everybody else out here is fake media.' And everybody in this room is only trying to do their job."

Sanders responded that it was the "dishonesty" of the news media that had greatly "inflammed" people across the United States.