‘Deidre is not a fan of Trump’: Scaramucci’s wife reportedly files for divorce over his ‘naked political ambition’ 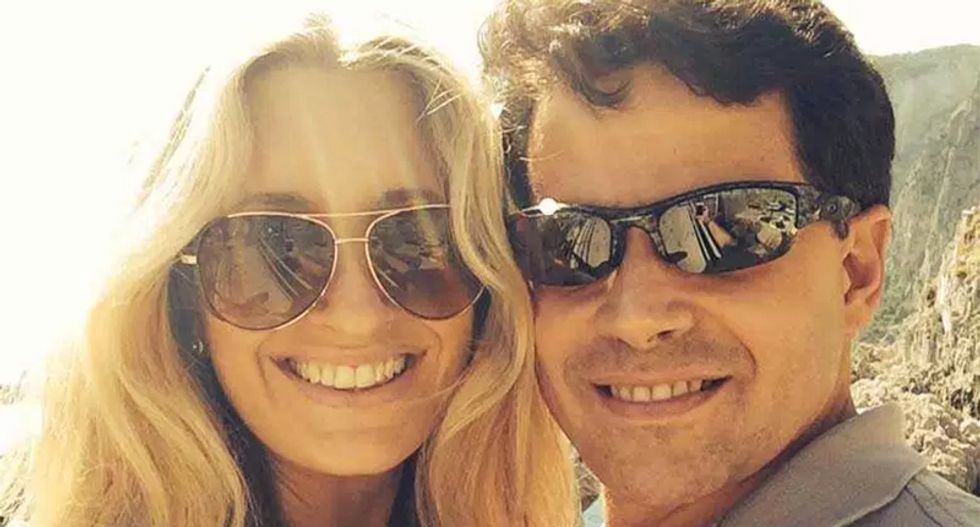 Anthony Scaramucci, the controversial new White House communications director, will soon be dealing with a divorce.

The New York Post reports that Scaramucci is being divorced by his wife, Deidre Ball, because she is tied of his "naked political ambition."

"Deidre has left him and has filed for divorce," one source tells the Post. "She liked the nice Wall Street life and their home on Long Island, not the insane world of D.C. She is tired of his naked ambition, which is so enormous that it left her at her wits’ end."

Another source tells the publication that Ball is particularly unhappy that Scaramucci went to work in President Donald Trump's White House.

"Deidre is not a fan of Trump, and she hasn’t exactly been on board and supportive of Anthony and his push to get back into the White House," the source explained.

One of Scaramucci's friends, however, said that Ball should have known what she was getting into when she married her husband.

"I don’t know who Deidre thought she was marrying but anyone who knows Anthony knows he’s an ambitious man," the Scaramucci friend said.

Scaramucci and Ball began dating in 2011 and were reportedly married in 2014.