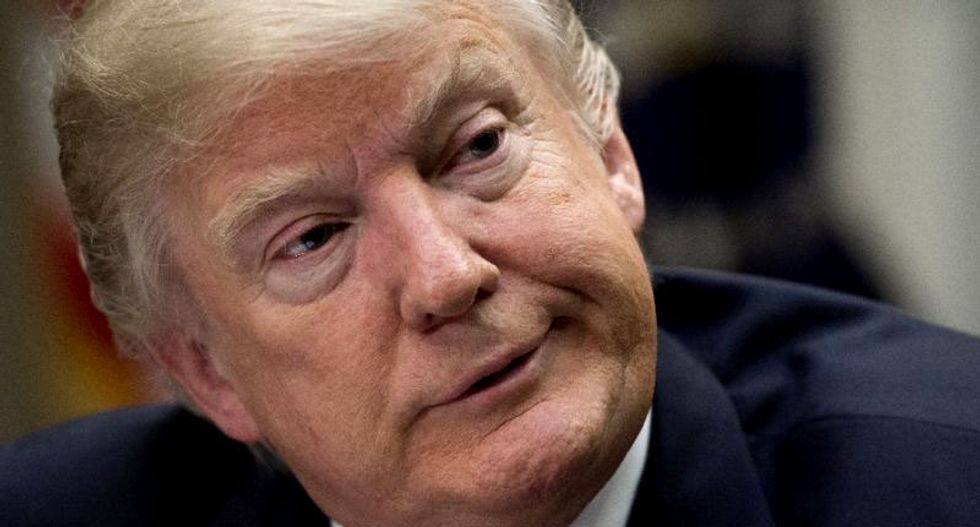 When they’re not frantically defending the Tweeter-in-Chief’s outbursts against Mika Brzezinski — the latest freak-out in his long-running misogynistic obsession with female blood — right-wing outlets have been jumping up and down about CNN as a “network in crisis,” a nonstop manufacturer of “FAKE NEWS” that’s been caught out. The tweeter-in-chief himself crowed:

What instigated these presidential shrieks was a CNN.com piece stating that hedge-fund impresario Anthony Scaramucci, a latecomer to the Trump campaign, was connected to a Russian investment fund managed by a Kremlin-controlled bank, a fund said to be under Senate Intelligence Committee investigation. Breitbart’s Washington Editor Matthew Boyle jumped all over the piece, denouncing CNN eight times for “very fake news.” So did Russia’s propaganda outlet, Sputnik News. “That story did not meet CNN’s editorial standards and has been retracted,” read the network’s official statement….CNN apologizes to Mr. Scaramucci.”

Three editors resigned and have not spoken publicly about why, making it difficult to pin down what went wrong here. A CNN source told The Washington Post’s Erik Wemple, “We pulled [the story] down not because we disproved it,” but there was “enough concern” on some factual points that “given the breach in process, we decided to pull it down.”

CNN was already feeling defensive about its procedures because it mistakenly predicted that James Comey would testify to the Senate Intelligence Committee in such a way as to contradict Trump’s version of their conversation.

Not a hanging offense, in my view, but in sum, CNN stands accused of relying on single, unnamed sources. CNN may well have been sloppy, and its editorial process faulty. (Why make predictions at all when you’ll know for a fact what Comey says when he actually testifies? Silly question. It’s the news cycle, stupid.) CNN apologized for that gaffe, too. But if an error is automatically “fake news,” there are a whole lot of stones to be cast.

In particular, while foaming at its collective mouth over CNN’s crimes against truth, Fox News took six days to retract its outrageous, concocted claim that former DNC staffer Seth Rich, murdered last July, had been “assassinated” because he had turned the notorious DNC emails over to WikiLeaks. This amply discredited garbage remained on Fox News’ website, providing much fodder for Fox News’ resident propagandists, for six days before it was taken down. The serial fabricator Newt Gingrich was only one among the ravening mob of Fox News luminaries to jump into this flaming cauldron of burning pants.

On Fox News, Trump’s mouthpiece Sean Hannity, a self-professed “friend” of Scaramucci who considers CNN president Jeff Zucker “a left-wing ideologue,” bemoaned the fact that CNN and the rest of the “fake news” media were letting Russia-Trump stories divert them from important scandals including — are you sitting down? — Hillary Clinton’s emails.

As for Hannity’s record, you may recall a Hannity “documentary” from 2008 in which he retailed “the explosive claim that [Sen. Barack] Obama’s role as a community organizer was a political staging ground perpetuated by the unrepentant terrorist William Ayers.” The hack who made this charge on his show was an “internet journalist” named Andy Martin, a perennial Republican candidate and serial litigator who had once described the purpose of one of his political committees as “to exterminate Jew power in America and to impeach the judges of the US Court of Appeals in New York City.” (“Mr. Martin had previously said the documents were forged,” Jim Rutenberg wrote in The New York Times.)  It took more than three weeks before Fox News expressed “regret” for booking Martin.

Propagandists always know the answers before they ask the questions. All factual claims, for them, are confirmations of what they — and their complicit followers — already know. Trump is a propagandist surrounded by propagandists. From the time he took $40 million in tax abatements to replace the decrepit Commodore Hotel on East 42nd Street in Manhattan into the mirror-glassed Grand Hyatt, through the time when he was creating an image of himself in cahoots with New York’s tabloid gossip columnists, and playing himself on reality TV, he’s been a professional manager of impressions. His product, his brand, is what other people think. Incredibility has always served his drive for power. Truth has never much mattered one way or the other, any more than it did for his companion in image-making, Roger Ailes.

Meanwhile, what journalists market is credibility, which they do by doing an honest job trying to tell true stories. In the process, journalists make mistakes. (I know, it’s a shocker.) As the historian David Greenberg points out in his book Nixon’s Shadow, the AP, ABC’s Sam Donaldson and CBS’ Walter Cronkite made mistakes in their Watergate coverage. (Donaldson apologized.) Woodward and Bernstein made a mistake that landed on the front page of The Washington Post. Nixon’s minions pounced, and kept pouncing.

Like other specialists in empirically gathered knowledge — like doctors, like scientists — journalists at times cut corners or just plain misunderstand. It’s rarely because they’re biased, more likely because they’re hasty or lazy. Show me someone who doesn’t reach for evidence that confirms what she already knows and I’ll show you a miracle. The key to journalism, as to science, is the verification that follows on discovery. Verification is hard. Deadlines clamor. There’s nobody in the newsroom but human beings. There’s no vetting that doesn’t, at times, fail.

Trump and his chorus are the pots calling the kettle fake. We are plummeting into an age when on-line fabrication, even videos, will be routine, increasingly slick, increasingly useful for scammers and tweeters everywhere. The technology  is improving. (See this video, unearthed by the Economist, for a fairly decent job at putting Kellyanne Conway’s words into the mouth of a “woman” concocted with the help of a device called a “neural face generator.”) On the way to the next generation in fakery, we have already passed into a twilight zone.

Donald Trump is its avatar. He is the cheater-in-chief. As all of his biographies reveal, his entire career is replete with misrepresentation. So it does not come as a surprise that, as David Farenthold reported in The Washington Post, a faked cover of TIME magazine featuring a dummied-up portrait of the pretender-in-waiting has showed up on the walls of five of his golf resorts.

The unclothed emperor cooked up a fake TIME cover. What else do you need to know?