Scaramucci’s wife was so fed up with his Trump-loving ways she bolted while she was 9 months pregnant: report 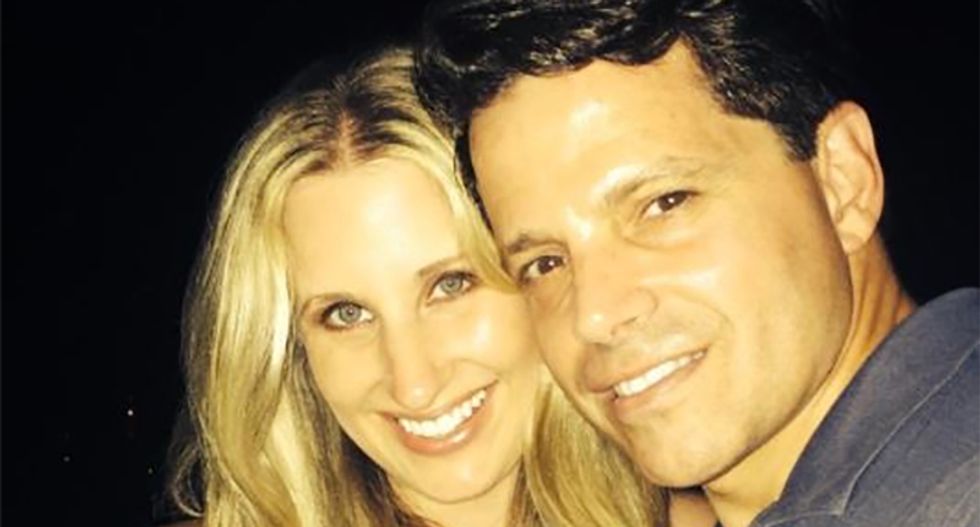 There wasn’t anything that could keep Anthony Scaramucci’s wife with him any longer — not even a baby.

Deidre Scaramucci, 38, was so fed up with her three-year marriage to the new White House communications director she filed for a divorce three weeks ago on July 6 while she was on the verge of giving birth, according to the NY Post.

An associate of Anthony revealed he finally laid eyes on his newborn son later Friday evening.

“When James was born, he sent her a text saying, ‘Congratulations, I’ll pray for our child,’” said a source close to the situation.

Deidre’s anger with her potty-mouthed husband, who has found himself in the center of a handful of controversies this week, played a role in the delayed visit.

The infant son, who was born two weeks before his Aug. 8 due date at 5 pounds, 13 ounces, spent Thursday in the neonatal intensive care unit at North Shore Hospital.

Deidre’s distaste for her soon-to-be ex husband’s new boss reportedly fueled her to file for divorce.

Another person close to Anthony believes he’s the victim in all this, claiming Deidre would say “‘You’re a grifter, you’re this.’ She would mock him for being a Trump sycophant,” the source said.