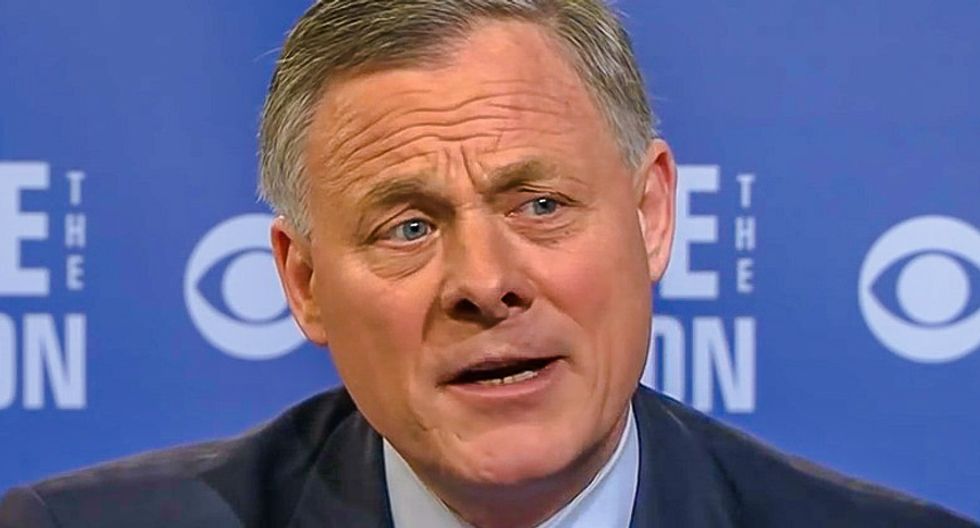 A congressional panel wants to interview President Donald Trump's eldest son, his former campaign chairman and all others who were at a June 2016 meeting with Russian nationals, part of investigations into allegations that Moscow meddled in the U.S. election campaign, senators said on Tuesday.

The meeting in Trump Tower in New York has grabbed the spotlight in the saga of possible collusion between Moscow and Trump's campaign as media reports of more participants than originally known have emerged. Russia denies interference in the election, and Trump says there was no collusion.

Donald Trump Jr., who runs the Trump Organization family business, released emails last week in which he eagerly agreed to meet a woman he was told was a Russian government lawyer who might have damaging information about Democratic election rival Hillary Clinton as part of Moscow's official support for his father's campaign.

The meeting appears to be the most tangible evidence of a connection between Trump's campaign and Russia, investigators in congress have said.

"Sure, sure," the U.S. Senate Intelligence Committee chairman, Republican Senator Richard Burr, told reporters when asked if he wanted the committee to call in the attendees.

"Any intelligence out there that suggests that somebody is of interest to us, we have to pursue it," Burr said. "We've now got an email chain that makes that (the meeting) a very important aspect to get into."

Senator Mark Warner, the panel's Democratic vice chairman, said some of the questions he wanted answered were, "Why were all those individuals there? What was really the purpose? What was the discussion?"

Jason Maloni, a spokesman for Paul Manafort, Trump's campaign manager from March to August, did not immediately respond to a request for comment.

On July 10, Trump Jr. posted on Twitter in response to calls for him to speak to the intelligence committee: "Happy to work with the committee to pass on what I know."

On Tuesday, the top Democrat on the Senate Judiciary Committee, Dianne Feinstein, told Reuters that Mueller had said Trump Jr. and Manafort were free to speak to the committee.

If Trump Jr. were to appear before a committee, he would be the highest member of the president's inner circle of relatives and White House aides to testify in Congress about the Russia allegations.

Judiciary Committee Chairman Charles Grassley has said he would coordinate with Mueller to ensure that any witnesses the panel brings would not conflict with Mueller's criminal investigation.

Feinstein, asked whether Mueller had given the go ahead for Trump Jr. and Manafort to testify publicly, said, "yes."

Feinstein said the committee planned for the testimony to be part of a broader hearing scheduled for Wednesday but has now been postponed. She could not confirm whether the hearing would take place next week.

Jack Sharman, former special counsel to a congressional committee that investigated former President Bill Clinton in the 1990s, said the Senate was being careful not do to anything that would impede Mueller’s investigation.

The committee is being "so sensitive in this investigation that they want to run every witness by him and ask ‘if we get testimony and make a record, would that impede?’"

A man who works for a Moscow-based developer with ties to Trump was identified on Tuesday as the eighth person to attend the Trump Tower meeting.

Lawyer Scott Balber confirmed Ike Kaveladze's name to Reuters after CNN reported that his client had been identified by special counsel Mueller's prosecutors and was cooperating in their investigation.

Balber represented Trump himself in the New York businessman's 2013 lawsuit against comedian television host Bill Maher, demanding the $5 million Maher offered to give to charity if Trump could prove his father is not an orangutan.

Kaveladze's LinkedIn profile identifies him as vice president of Crocus Group, a company run by Moscow-based developers Aras Agalarov and his son, Emin, an Azerbaijani-Russian pop star. The two have ties to the Trump family and helped set up last year's meeting between Trump Jr. and Russian lawyer Natalia Veselnitskaya.

Kaveladze was asked to go to the meeting with the understanding that he would be a translator for Veselnitskaya, only to find she had brought her own translator with her, Balber told CNN. Balber said he also represents the Agalarovs. Balber said Mueller's investigators have not interviewed his client or made contact about the Agalarovs.