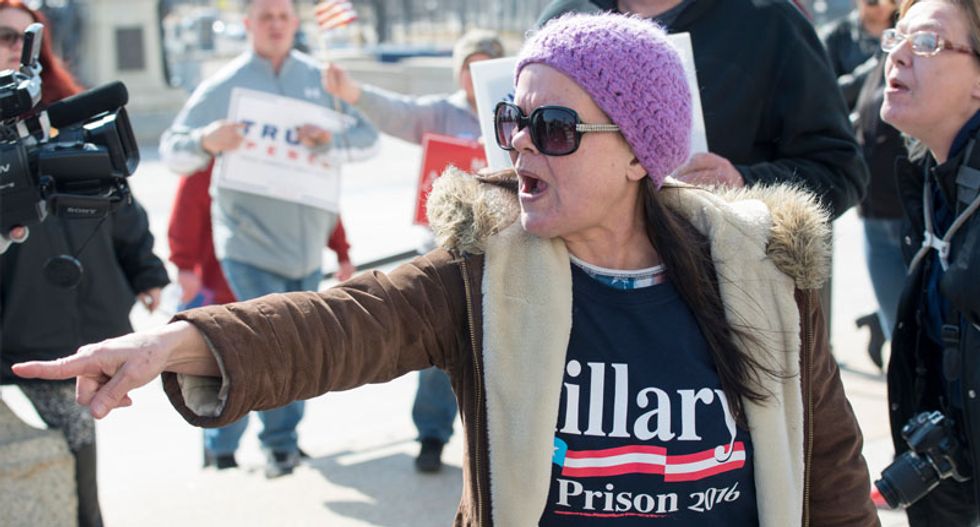 The demise of the Republican effort to repeal the Affordable Care Act is hardly the end of the story. Donald Trump will not let this loss stand.

Since its inception in 2010, Republicans made the Affordable Care Act into a symbol of Obama-Clinton overreach – part of a supposed plot by liberal elites to expand government, burden the white working class, and transfer benefits to poor blacks and Latinos.

Ever the political opportunist, Trump poured his own poisonous salt into this conjured-up wound. Although he never really understood the Affordable Care Act, Trump used it to prey upon resentments of class, race, ethnicity, and religiosity that propelled him into the White House.

Repealing “Obamacare” has remained one of Trump’s central rallying cries to his increasingly angry base. “The question for every senator, Democrat or Republican, is whether they will side with Obamacare’s architects, which have been so destructive to our country, or with its forgotten victims,” Trump said last Monday, adding that any senator who failed to vote against it “is telling America that you are fine with the Obamacare nightmare.”

Now, having lost that fight, Trump will try to subvert the Act by delaying funding so some insurers won’t have time to participate, failing to enforce the individual mandate so funding won’t be adequate, not informing those who are eligible about when to sign up and how to do so, and looking the other way when states don’t comply.

But that’s not all. Trump doesn’t want his base to perceive him as a loser.

So be prepared for scorched-earth politics from the Oval Office, including more savage verbal attacks on Barack Obama and Hillary Clinton, more baseless charges of voter fraud in the 2016 election, more specific threats to fire special counsel Robert Mueller, and further escalation of the culture wars.

Most Americans won’t be swayed by these pyrotechnics because they’ve become inured to our unhinged president.

But that’s not the point. The rantings are intended to shore up Trump’s “base” – the third of the country that continues to support him, who still believe they’re “victims” of Obamacare, who are willing to believe Trump himself is the victim of a liberal conspiracy to unseat him.

Trump wants his base to become increasingly angry and politically mobilized so they’ll continue to exert an outsized influence on the Republican Party.

There is a deeper danger here. As Harvard political scientist Archon Fung has argued, stable democracies require that citizens be committed to the rule of law even if they fail to achieve their preferred policies.

Settling our differences through ballots and agreed-upon processes rather than through force is what separates democracy from authoritarianism.

But Donald Trump has never been committed to the rule of law. For him, it’s all about winning. If he can’t win through established democratic processes, he’ll mobilize his base to change them.

Trump is already demanding that Mitch McConnell and senate Republicans obliterate the filibuster, thereby allowing anything to be passed with a bare majority.

On Saturday he tweeted “Republican Senate must get rid of 60 vote NOW!” adding the filibuster “allows 8 Dems to control country,” and “Republicans in the Senate will NEVER win if they don’t go to a 51 vote majority NOW. They look like fools and are just wasting time.”

What’s particularly worrisome about Trump’s attack on long-established processes of our democracy is that the assault comes at a time when the percentage of Americans who regard the other party as a fundamental threat is growing.

In 2014 – even before Trump’s incendiary presidential campaign – 35 percent of Republicans saw the Democratic Party as a “threat to the nation’s well being” and 27 percent of Democrats regarded Republicans the same way, according to the Pew Research Center.

Those percentages are undoubtedly higher today. If Trump has his way, they’ll be higher still.

Anyone who regards the other party as a threat to the nation’s well being is less apt to accept outcomes in which the other is perceived to prevail – whether it’s a decision not to repeal the Affordable Care Act, or a special counsel’s conclusion that Trump did in fact collude with Russians, or even the outcome of the next presidential election.

As a practical matter, when large numbers of citizens aren’t willing to accept such outcomes, we’re no longer part of the same democracy.

I fear this is where Trump intends to take his followers, along with as much of the Republican Party as he can: Toward a rejection of political outcomes they regard as illegitimate and therefore a rejection of democracy as we know it.

That way, Trump will always win.