'Why is it lie after lie after lie': Watch Shep Smith flip out after learning of 8th person at Trump Jr's Russia meeting 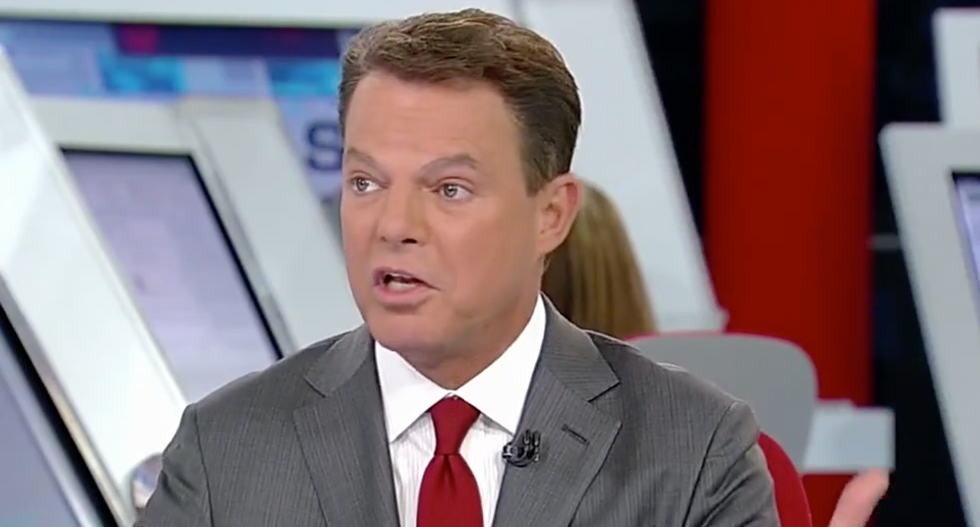 Fox News host Shep Smith on Friday was appalled to learn that Donald Trump’s team is trying to downplay a meeting with a Russian lawyer as so insignificant that they barely recalled who was present in the room.

Smith began by explaining the growing list of people present at the meeting.

“Who else was in the meeting?” Smith asked. “The meeting with the lawyer reported to have Russian information on Hillary Clinton? The first son, the first son-in-law, the Russian lawyer, the campaign manager, an interpreter and brand new today, a Russian-American lobbyist that served in a spy unit of the Soviet military. He was there, too. Nobody mentioned that.”

“Emails this week showed Donald Trump Jr. met with the lawyer after a middleman told him that she was a Russian government official who had information that was part of Russia's support for Donald Trump,” Smith continued. “Trump Jr.’s lawyers confirmed another person was at the meeting and now we know the person is a former counterintelligence officer.”

“President Trump this week praised his son for being open and for being transparent,” Smith said, playing a clip of Trump Jr. telling Fox News host Sean Hannity there’s nothing else to the meeting.

“There isn’t anything else there,” a sarcastic Smith said.

“Trump Jr. did release the emails between himself and that middle man,” Smith said, referencing Trump Jr.’s claim of transparency. “The president’s son posted them to Twitter just minutes before the New York Times was going to publish details from that same message. The New York Times had told him so, that’s when he released him. When the Times first broke the story, Trump Jr. called it a ‘short introductory meeting’ … That was the first statement.”

“The next day, Donald Trump admitted acquaintance told him the individual he was meeting might have information helpful to the campaign,” he continued. “Those emails show he actually told the middle man, ‘I love it!’ When the British publicist told him the Russian lawyer was a Russian government attorney who had dirt on Hillary Clinton.”

“Oh what a tangled web we weave,” Smith said.

Smith then spoke with Fox News’ John Roberts, who explained the Trump team’s explanation for the changing stories is that the meeting was so insignificant they had forgotten about it entirely.

“Wait,” a visible angry Smith began. “Donald Trump Jr. was given information that there was Russian information from a Russian lawyer that was going to be imparted on him in a meeting that’s significant enough to bring in Donald Trump’s son-in-law and the man in charge of just about everything … and it was so nothing that he forgot about it? There was a Russian interpreter in the room!”

Later, in an interview with Fox News' Chris Wallace, Smith reacted to breaking news that there was an eighth person in the room.

“Jared Kushner filled out his form … very important stuff,” Smith said. “You can go to prison for messing it up intentionally. He went back and added 100 names and places. None of these people made it. Still not, we’re still not clean on this, Chris. If there's nothing there and that's what they tell us, they tell us there's nothing to this and nothing came of it, a nothing burger, it wasn't memorable. Didn't tell you about it because it wasn't anything, so I didn’t even remember it with a Russian interpreter in the room at Trump Tower. If all of that, why all of these lies? Why is it lie after lie after lie?”

“The deception, Chris, is mind-boggling,” he continued. “There’s still people out there that believe we're making it up. One day they're going to realize we're not. Look around and go: where are we? Why are we getting told all these lies?”

Watch the videos below, via Fox News: