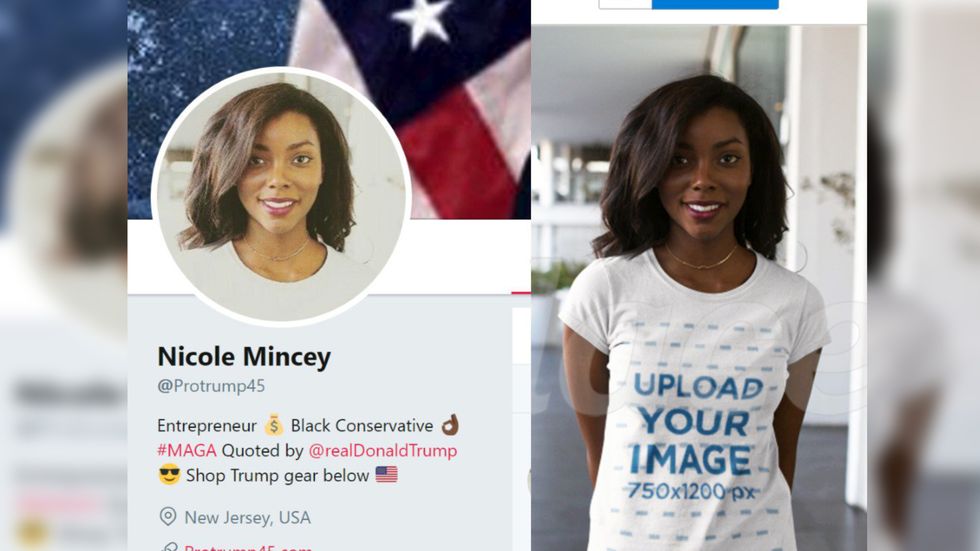 Twitter suspended a number of fake accounts over the weekend that were using false names to spread pro-Trump propaganda.

In a tweet on Saturday, President Donald Trump expressed thanks to Twitter user @Protrump45, an account that posted exclusively positive memes about the president. But the woman whose name was linked to the account told Heavy that her identity was stolen and that she planned to file a police report. The victim asserted that her identity was used to sell pro-Trump merchandise.

Although "Nicole Mincey" was the name displayed on the Twitter page, it was not the name used to create the account. The real name of the victim has been withheld to protect her privacy.

The @Protrump45 account also linked to the website Protrump45.com which specialized in Trump propaganda. All of the articles on the website were posted by other Twitter users, which also turned out to be fakes.

Mashable noted that the accounts were suspected of being so-called "bots" used to spread propaganda about Trump. Russia has been accused of using similar tactics with bots during the 2016 campaign.

Looks like the fake @protrump45 account @realDonaldTrump thanked has been suspended along with a bunch of other rel… https://t.co/ekege6oIvW
— Eliot Higgins (@Eliot Higgins)1502084899.0

Looks like the fake @protrump45 account @realDonaldTrump thanked has been suspended along with a bunch of other rel… https://t.co/ekege6oIvW
— Eliot Higgins (@Eliot Higgins)1502084899.0

Swaths of wetlands and waterways in Florida left unprotected when the Trump administration weakened federal standards in early 2020 are being developed in Florida — despite a federal ruling that struck down the Trump rules eight weeks ago.

At least 300,000 acres of wetlands and waterways in Florida alone are likely subject to regulation under the stronger, pre-Trump standards, say a trio of environmental lawyers and scientists, but state regulators have announced no change in course since the Aug. 31 federal ruling.