Alec Baldwin nails Trump in SNL return: 'The more chaos I cause, the less people can focus' 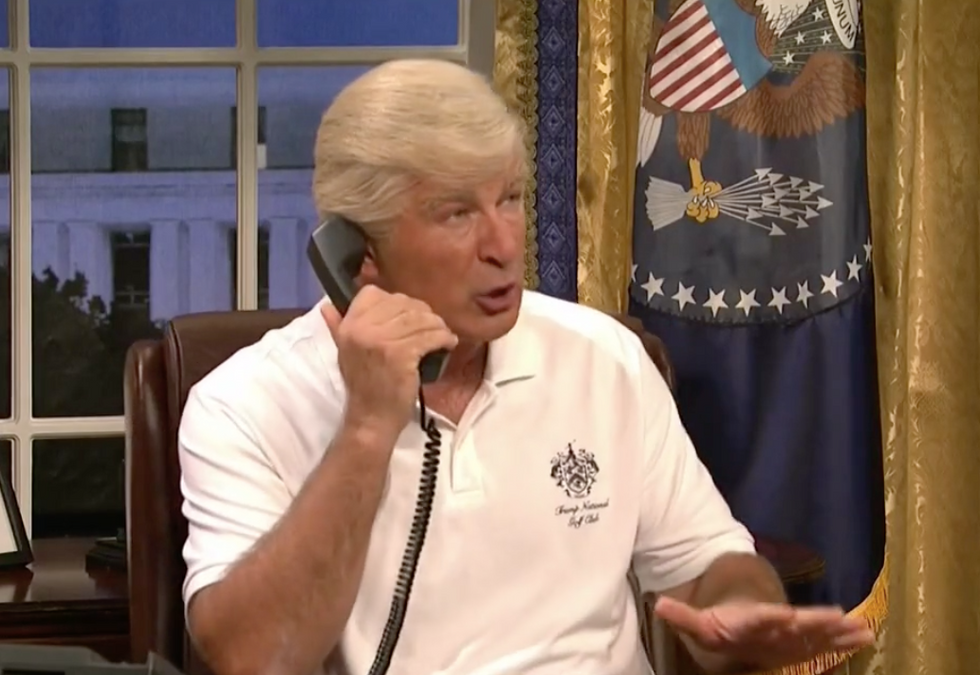 Dressed in golfing attire, Baldwin as Trump said he'd returned to the Oval Office from Bedminster because he heard things were urgent, "So I skipped the back nine."

"Oh, good," Trump said. "I've been looking forward to this call. She probably wants to tell me what a fantastic job I'm doing."

Picking up the phone, he said, "Yes, mayor, you wanted to talk to me?"

"I hear you loud and clear and you've called the best person for the job," Trump said.

Cruz replied that the people of Puerto Rico are in desperate trouble.

"Well you should have paid your bills," Trump said, and reminded Cruz that Puerto Rico is "an island in the water, the ocean water, big ocean, with fishies and bubbles and turtles that bite."

Trump appeared dumbfounded, then hung up.

"Wow, that woman was so nasty," he said.

He confided to Huckabee Sanders, "Well, trust me, it may seem that what's coming out of my mouth is B-A-N-A-N-A-N-A-S, but it's all part of the plan. The more chaos I cause, the less people can focus. They're all getting so tired, so tired."

He asked her how long she thought it's been since he declared war on North Korea.