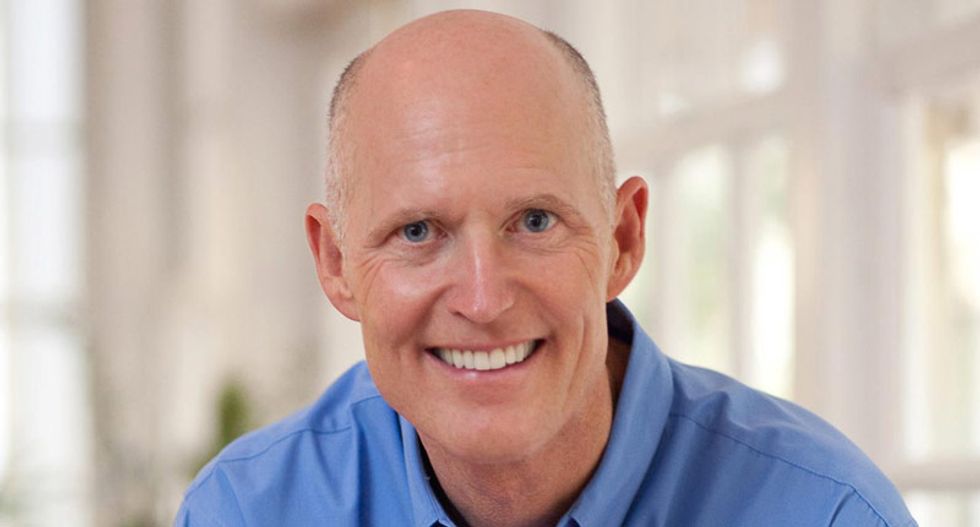 Florida Governor Rick Scott vowed on Wednesday that the state would aggressively investigate how six people died at a nursing home that lost power when Hurricane Irma rampaged through the region, as millions coped with another day without electricity.

The death toll from the storm approached 80 as officials continued to assess the damage after Irma powered through the Caribbean as one of the most powerful Atlantic hurricanes on record and slammed into the Florida Keys archipelago with sustained winds of up to 130 miles per hour (215 km per hour).

Irma killed at least 36 people in Florida, Georgia and South Carolina, according to officials. Some 4.2 million homes and businesses, or about 9 million people, were without power on Wednesday in Florida and nearby states.

Police opened a criminal investigation at the Rehabilitation Center at Hollywood Hills in Hollywood, north of Miami, where three elderly residents were found dead at the facility and three later died at a nearby hospital, officials said.

"I am going to work to aggressively demand answers on how this tragic event took place," Scott said in a statement. "This situation is unfathomable. Every facility that is charged with caring for patients must take every action and precaution to keep their patients safe."

More than 100 patients at the nursing home were evacuated on Wednesday along with 18 patients from a nearby facility that was cleared due to the criminal investigation, Hollywood officials said.

"Most of the patients have been treated for respiratory distress, dehydration and heat-related issues," Randy Katz, a spokesman for Memorial Regional Hospital, told reporters. Memorial Regional is located across the street from the nursing home.

Police were first called to the facility at about 4:30 a.m. but did not arrive until after 6 a.m., officials said.

The center had been without air conditioning, Broward County Mayor Barbara Sharief told reporters on Wednesday.

"The building has been sealed off and we are conducting a criminal investigation inside," Hollywood Police Chief Tomas Sanchez told reporters on Wednesday. "It was very hot on the second floor."

Florida Power & Light said it had provided power to some parts of the Hollywood nursing home but that the facility was not on a county top tier list for emergency power restoration.

Irma caused about $25 billion in insured losses, including $18 billion in the United States and $7 billion in the Caribbean, catastrophe modeler Karen Clark & Co estimated on Wednesday.

The Florida Keys were particularly hard hit, with federal officials saying that 25 percent of homes were destroyed and 65 percent suffered major damage when Irma barreled ashore on Sunday as a Category 4 hurricane.

Most residents had left by then and police have barred re-entry to most of the Keys to allow more time to restore electricity and medical service and bring water, food and fuel.

"I don't have a house. I don't have a job. I have nothing," said Mercedes Lopez, 50, whose family fled north from the Keys town of Marathon on Friday and rode out the storm at an Orlando hotel, only to learn their home was destroyed, along with the gasoline station where Lopez worked.

President Donald Trump is due to visit the region on Thursday.

Irma wreaked total devastation in parts of the Caribbean, where at least 43 people have died.

People who fled their homes in hard-hit islands including St. Martin and the U.S. Virgin Islands that were all but cut off from the world for days arrived in San Juan late Tuesday.

"But we have life. We rode out that horrible storm in a shower that I had reinforced after Hurricane Marilyn," Benson added. "I told the man (who installed the shower), I told him, 'If the hurricane takes the rest of my house, I want this shower sticking up out of that slab like the last tooth in the mouth of a bum. And sure enough that's what's left."

James VandeHei, the co-founder and CEO of Axios and former executive editor and co-founder of Politico, told MSNBC's "Morning Joe" that he believes the twice-impeached one-term president won't remain content to stand on the sidelines due to his iron grip on the Republican Party.

According to a report from the Associated Press, a federal officer emailed his colleagues on January 6th that Donald Trump was in the process of ordering attendees at his "Stop the Steal" rally to march to the U.S. Capitol.

The email, which was obtained by the Associated Press, was sent just as Trump told the attendees to "fight like hell" to overturn the election result.

The Federal Protective Service officer's email read, "POTUS is encouraging the protesters to march to capitol grounds and continue protesting there."

Over an hour later another email was sent out that stated, "CAPITOL HAS BEEN BREACHED. PROTESTERS ARE NOW INSIDE THE CAPITOL."

CNN legal analyst Elie Honig on Friday mocked the Capitol rioter whined in court about how unfair it was that he's been detained for a whole month after breaking into House Speaker Nancy Pelosi's office.

Arkansas resident Richard Barnett, who was infamously photographed with his feet placed on Pelosi's desk during the January 6th riots, screamed at a judge in court on Thursday about the unfairness of his situation.