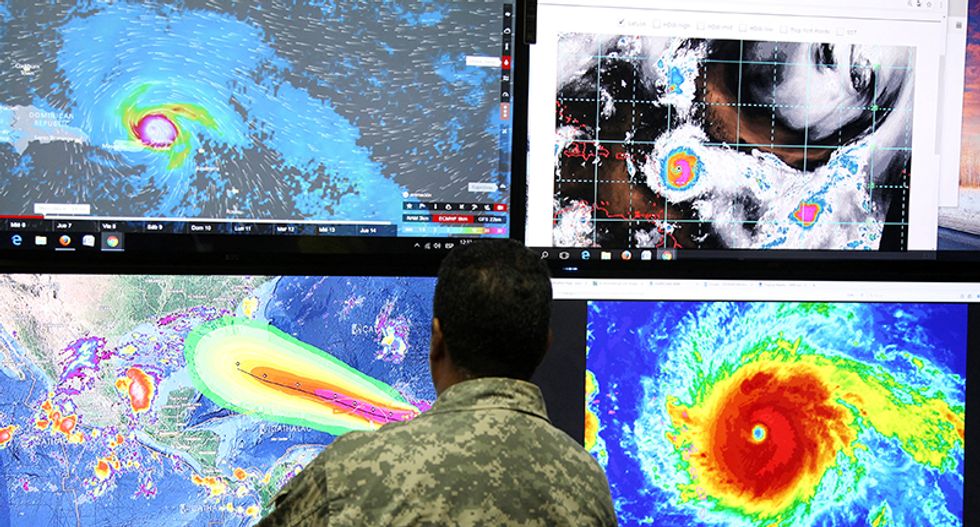 The eye of the potentially catastrophic Category 5 hurricane Irma has moved away from Barbuda and is heading towards St. Martin, the U.S. National Hurricane Center said in an advisory.

(Reporting by Vijaykumar Vedala in Bengaluru; editing by Jason Neely)