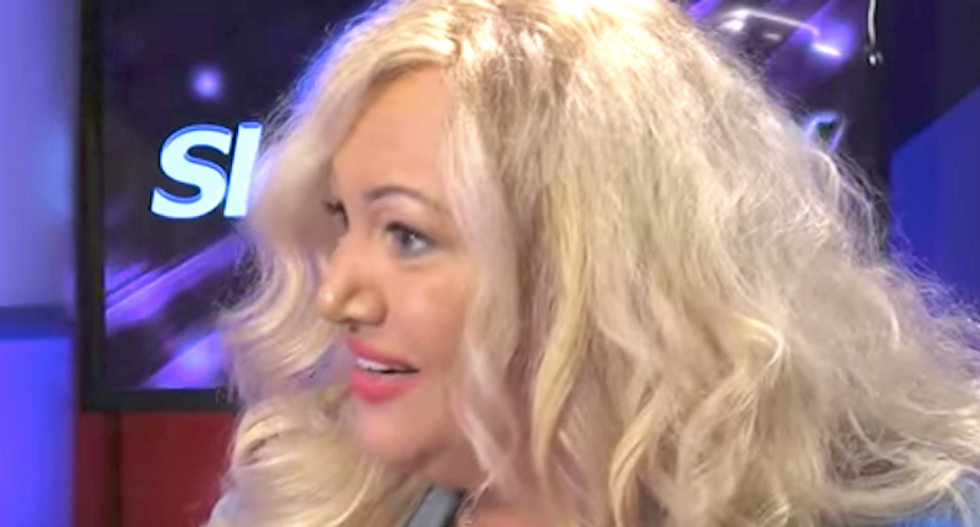 A right-wing Christian broadcaster reacted to NFL player protests by warning its stadiums would one day be turned into government death camps.

“I told you the NFL was out of the bowels of hell and nothing more than a propaganda machine, with mindless sheep who are brainwashed every night of the week with the alpha, gamma, theta waves, the delta waves lulling people into trances, slipping people into mass hypnosis," Zilinsky said. "That’s declassified, folks. High-level mind control projects have been exposed, it’s on record. TV, that noise box, is the most disgusting invention ever made.”

The U.S. Department of Defense paid the NFL nearly $5.4 million in taxpayer money between 2011 and 2014 to honor troops and veterans at games, most of which was supplied by the National Guard.

“These new NFL policies are straight out of the Pol Pot regime,” Zilinsky continued. “In some stadiums, women can’t even enter into the same entrance as men and children -- talk about your FEMA camp training. That’s right, the NFL is an extension of the TSA, the DHS, the globalist agenda and FEMA.”

“Every NFL stadium is a FEMA camp in hiding,” she added. “The American public is being conditioned to the fact that the state owns your body and your freedoms … The NFL stadiums are going to be staging areas for martial law and it’s all a part of the conditioning process.”