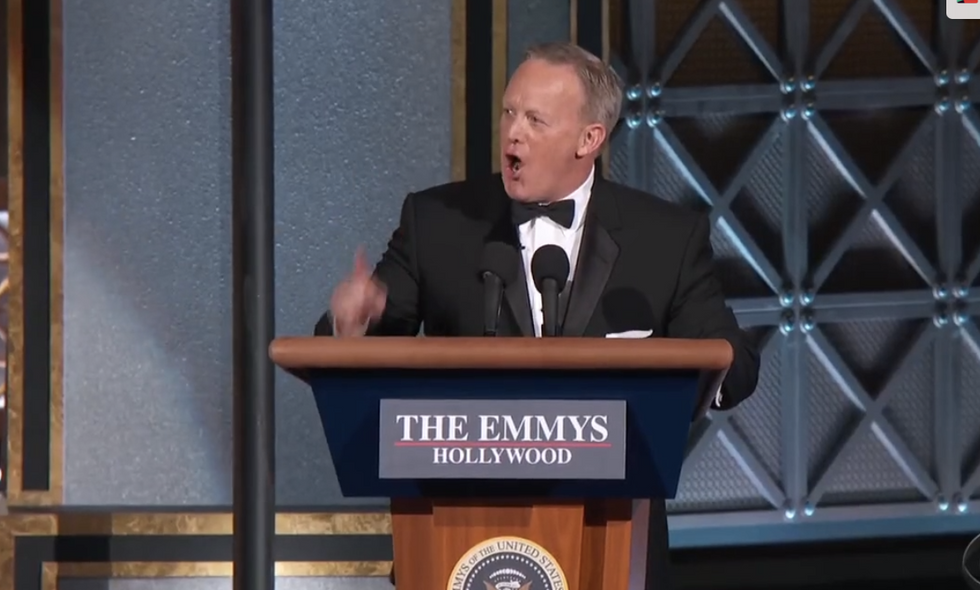 Host Stephen Colbert said, "What really matters to Donald Trump is ratings. You gotta have the big numbers."

However, Colbert said, he lacks the expertise at judging crowd size to really know how many people are in the audience. For that, he welcomes Spicer and his rolling White House podium to the stage.

"This will be the largest audience to witness an Emmys, PERIOD!" Spicer said, a cheeky reference to his first-ever White House briefing. "Both in person and around the world."