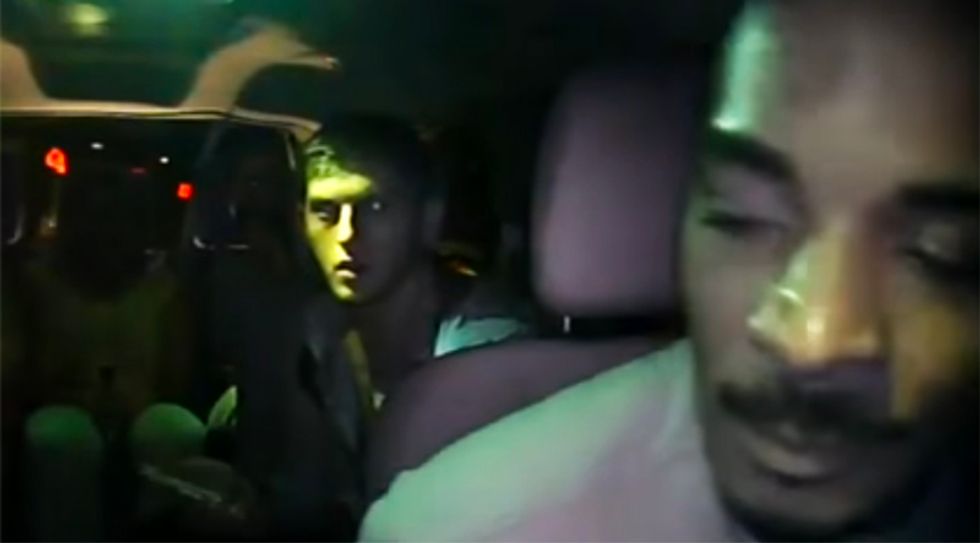 In a video uploaded to YouTube, a black Uber driver boots a group of young white people out of his car after they begin boasting about “white privilege.” The ride ends with one man calling the driver a “b*tch ass n**ger.”

In the video, flagged by The Root, the driver can be seen patiently waiting while the group climbs in and scrambles for seats. One man bizarrely states ”white privilege” as a woman carrying a beer bottle is relegated to the back seat and knocks open a video screen on the car’s ceiling.

After some back and forth with one rider who took the front passenger seat, the driver asks if he's okay, because "you're sweating like crazy."

The driver then insists his passenger put his seat belt on as he begins to drive, before asking the same passenger to not touch his belongings that are in the front, which gets some unintelligible push-back.

"I need you to get out," he states as he pulls over.

"Me?" the front seat passengers asks, to which the driver politely states, "Yes. Please I need you all to get out."

"You're a f*cking joke," the passengers replies.

"No, I'm not. White privilege, leave" the driver shoots back.

That is when the driver leaves the car and the passengers exit, where a contentious argument can be barely be heard with the driver accusing them of being racists.