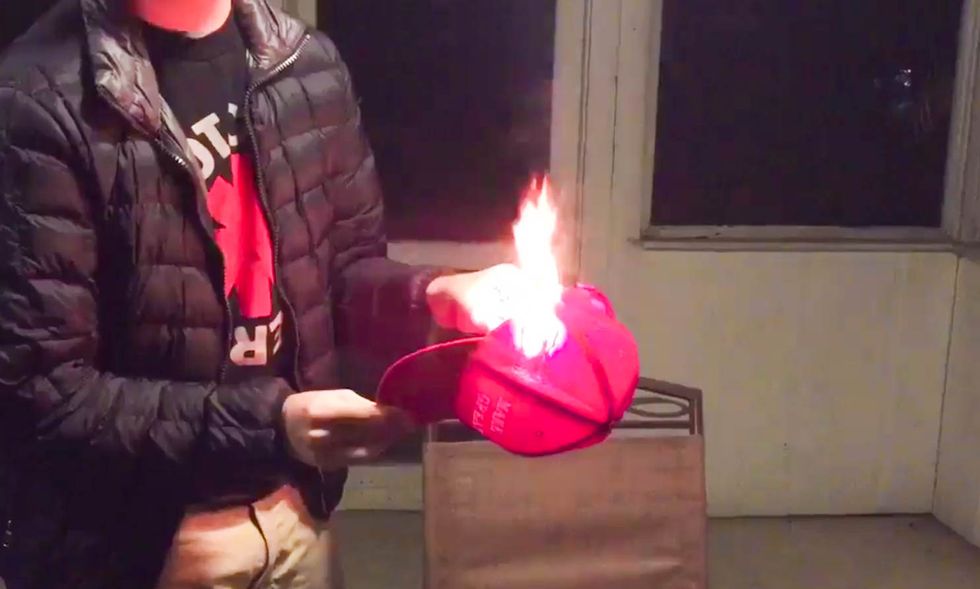 Supporters of President Donald Trump are still furious about his decision to work with Sen. Chuck Schumer (D-NY) and Rep. Nancy Pelosi (D-CA) on helping to shield undocumented immigrants who were brought into the United States as children from being deported.

Now some Trump fans have taken their displeasure a step further and have started setting their "Make America Great Again" hats on fire to protest Trump seemingly going soft on his signature campaign issue.

Angry Trump fan Luis Withrow posted a video of himself on Twitter angrily telling Trump that he will "never make America great again" if he didn't "drain the swamp" in Washington, DC. He then set his MAGA hat ablaze.

Trump fan Nathan Simms took the precaution of putting his MAGA hat in a bucket before burning it.

More videos of Trump fans burning their hats can be found on Twitter via the #BurnMyMAGAHat hashtag.