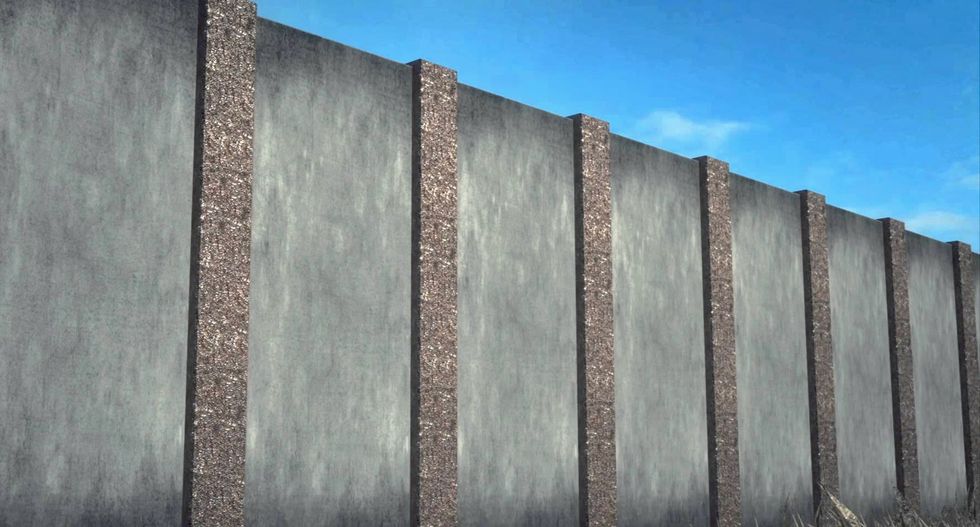 Nine months after President Donald Trump took office, the first tangible signs of progress on one of the central promises of his campaign have appeared along the U.S. border with Mexico.

A couple of miles (km) from the bustling Otay Mesa border crossing in San Diego, eight towering chunks of concrete and steel stand as high as 30 feet (9 meters) tall against the sky, possible models for what Trump has promised will one day be a solid wall extending the full length of the southern border, from California to Texas.

Whether any of the eight different prototypes, constructed over the last month, become part of an actual wall remains highly uncertain.

The U.S. Congress has so far shown little interest in appropriating the estimated $21.6 billion it would cost to build the wall.

Still, border patrol officials on Monday welcomed the momentum on Trump's pledge, which generated a groundswell of voter support that helped elect him to office.

"Our current infrastructure is well over two decades old," Roy Villareal, deputy chief patrol agent of the U.S. Border Patrol's San Diego sector, said during a tour with media organizations on Monday morning. "Is there need for improvement? Absolutely."

Even if Trump's wall never gets funded, Villareal said, the border patrol might incorporate one or more of the new wall designs as it replaces worn sections of the existing fence.

Six contractors from across the country were selected to build the eight prototypes, all of which will be completed this week.

The builders paid attention to aesthetics in their bid to win lucrative contracts. One wall segment features deep-blue steel and another has a brick facade, standing in sharp contrast to the area's existing border fence, a ramshackle structure of corrugated steel left over from the Vietnam War.

In late November, a private company, which border patrol officials declined to name, will begin a 30- to 60-day process of testing the wall prototypes to determine how easy they would be to climb over or dig beneath.

The final selection could be a combination of the prototype designs, Villareal said.

While solid, concrete walls have a daunting presence, they might have an adverse effect on some border patrol activities, since agents would not be able to see potential crossers approaching the wall.

"It's not so much the size of the wall, it's the ability to see whether it's 10 people or 30 people with ... rifles," said Rowdy Adams, a former border patrol agent who left the agency in 2011 after 30 years. "It's important to see that and set your response plan in place."

Two of the eight prototypes have a see-through design.

Environmentalists have warned that a solid wall would prevent wildlife, including a dwindling population of federally protected ocelots, from crossing.

A concrete wall may also prove challenging to build without participation from some of the world's largest concrete suppliers. Mexico's Cemex and Switzerland's LafargeHolcim told Reuters they were not participating in projects associated with the wall.