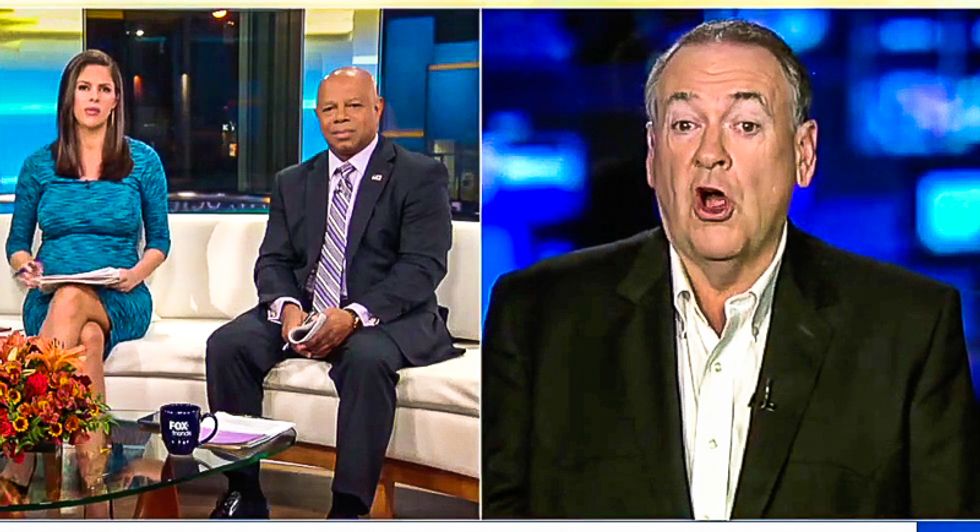 Former Republican presidential candidate Mike Huckabee said on Sunday that he could not recall whether President Donald Trump admitted sexually assaulting women even though the now-president was caught on a leaked Access Hollywood tape saying that he grabbed women by the "by the p*ssy."

"There was also an uncomfortable moment when she talked about President Trump, how he admitted to being sexual assaulter," Fox News host Abby Huntsman said. "She was asked about the [Harvey Weinstein sexual assault allegations] and she mentioned how her husband has -- what he did was in the past. Anyone watching that, I think, was a little squirmy in their seat."

"Has President Trump ever admitted to being a sexual assaulter?" Huntsman wondered.

"I don't recall that that's ever happened," Huckabee said. "But I do recall that Bill Clinton lost his law license. He was impeached. He admitted that he lied under oath and that there had been a number of women who have have never been disproven to be wrong about their allegations regarding him."

The former Arkansas governor said that he didn't want to "dig up" dirt on the Clintons "but she keeps bringing up how pure she and her husband were."