'I don't see people dying': Fox's Geraldo Rivera scoffs in the face of San Juan mayor to back up Trump 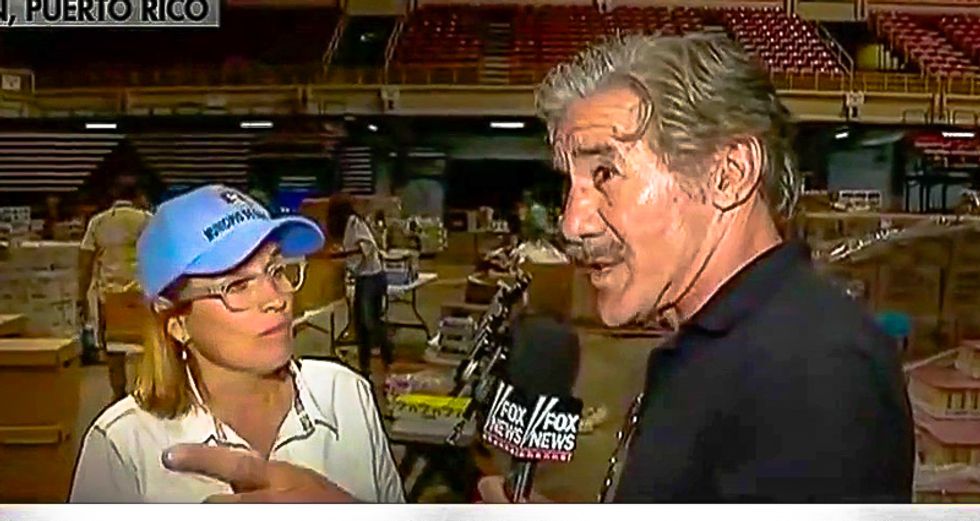 Trump lashed out at Cruz in a series of tweets over the weekend after she pleaded in an interview for him to "save us from dying."

"Such poor leadership ability by the Mayor of San Juan," he tweeted angrily.

On Sunday, Rivera seemed to take Trump's side during an interview with the mayor.

"There are all people at all municipalities literally starving, dehydrating," the mayor told Rivera. "We have had our hospital try to go back to speed but then the electricity goes off and we have to do all the bacteria testing, which takes three to four days."

"But are people dying?" Rivera interrupted. "I've been traveling around, I don't see people dying. I spoke to the doctors, they say they saw 53 patients and they had a person who was septic, but nobody dying."

"Dying is a continuum," Cruz was forced to explain. "If you don't get fed for seven, eight days and you're a child, you are dying. If you have 11 people -- like we took out of a nursing home -- severely dehydrated, you are dying."