'I really mean that': Trump wants owner of the Penguins hockey team to renegotiate NAFTA 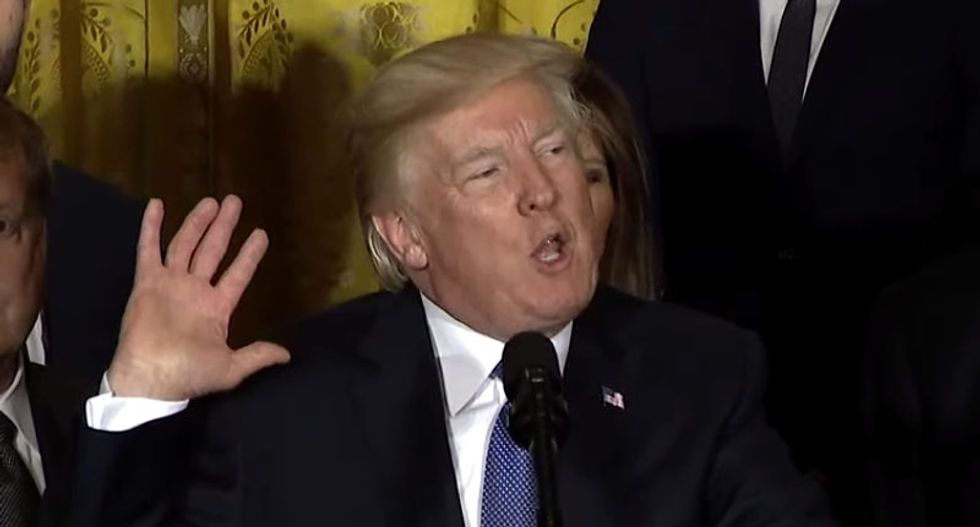 President Donald Trump welcomed the Pittsburgh Penguins to the White House on Tuesday, and said he wanted the team's co-owner to renegotiate international trade deals.

"He's a friend of mine for a long time," Trump said. "A great, great negotiator. Ron, how about negotiating some of our horrible trade deals that they've made?"

The president said he would "love" to have Ron Burkle renegotiate the NAFTA trade deal.

"I really mean that," Trump remarked.