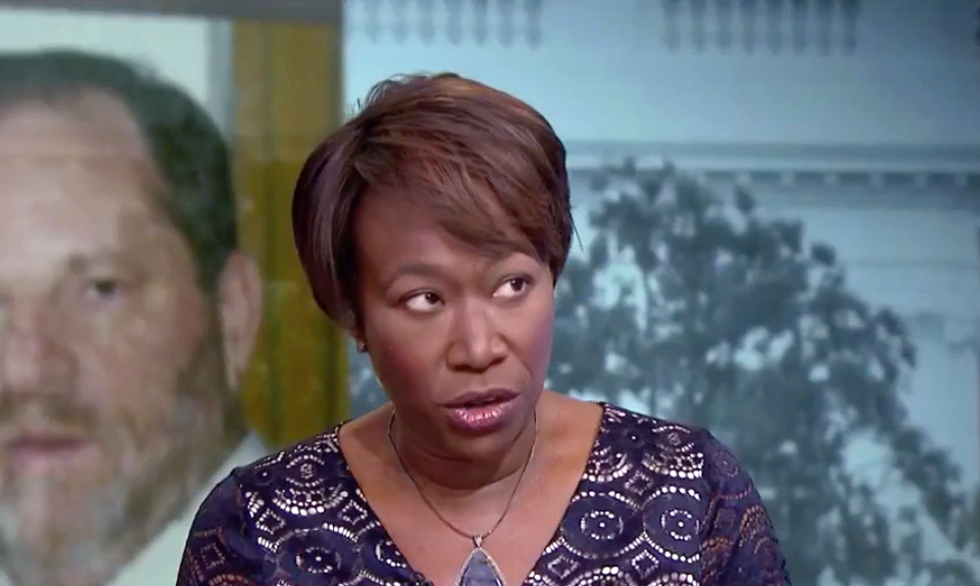 MSNBC's Joy Reid blistered Fox News hosts Tucker Carlson and Sean Hannity on Saturday for spending their week "in high dudgeon" about the sexual improprieties of Hollywood mogul and Democratic donor Harvey Weinstein while ignoring their own network's lurid history of sexual harassment and bullying.

"The two biggest hypocrites on this, I have to say, are Sean Hannity and Tucker Carlson," said Reid, "who are all in high dudgeon this week. They had lots to say about Harvey Weinstein."

"And you know what?" she continued. "What they said about Harvey Weinstein is true. But they're sitting in the seats of Bill O'Reilly, sitting in his chair."

O'Reilly was fired from Fox News after it came to light that the network has spent millions of dollars in settlements against women who O'Reilly sexually harassed. O'Reilly denies the allegations, but they were referenced in the divorce decree between O'Reilly and his estranged wife.

Reid read a tweet from Carlson calling for "justice" for "serial predator" Weinstein, then laughed as she said, "He's sitting in Bill O'Reilly's chair on Roger Ailes' network!"