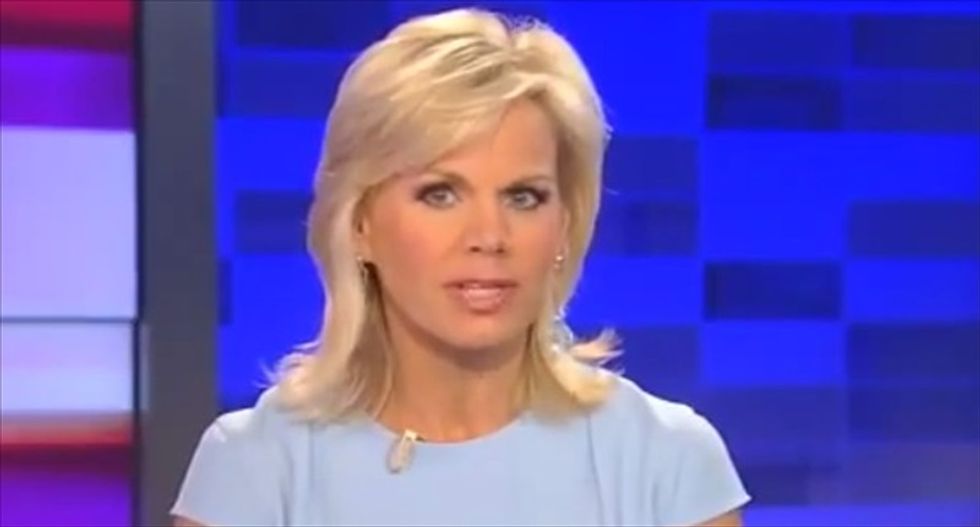 Employees say that sexual harassment, bullying and intimidation at the Fox News Channel are pervasive throughout the network's culture and by no means is the problem limited to now-ousted CEO Roger Ailes.

On Saturday, the New York Times reported that it had spoken to a dozen women currently or formerly employed by the news network, all of whom say that they personally experienced sexual harassment or intimidation at work.

Former Fox personality Rudi Bakhtiar told the Times about a run-in she had with her then-supervisor Fox News Washington Bureau Chief Brian Wilson. In 2007, Wilson dangled the possibility of a promotion in front of Bakhtiar and when she said she'd be excited to take the job, he reportedly told her, "I’d like to see the inside of your hotel room." He said that he wanted them to have a "friends with benefits" relationship.

Bakhtiar declined and says that immediately her career at the company went into free-fall. Her appearances were canceled and when she attempted to address the issue with other executives, they told her to go to Human Resources.

Within weeks she was fired. Ailes told her that it was for performance-related reasons.

"In a short time, she went from thinking she was in line to land the job she coveted to unemployment," wrote the Times' Jim Rutenberg and Emily Steel. "After a mediation process, she reached a settlement in which Fox News paid her an undisclosed amount."

Bakhtiar said that part of the agreement was that she must never speak publicly about the harassment, but she felt emboldened by Gretchen Carlson's lawsuit against Ailes, who stepped down on Thursday.

Many of the women with whom the Times spoke echoes similar stories. In order to advance at work, they were told they must perform sexual favors. Other women say they were subject to constant harassment, crude remarks and denigration of their gender by male staff at all levels.

Managers attempted to coerce junior employees into going on dates with men higher up in the company. One woman said that in 2009 she walked into an office she thought was empty only to find a male senior manager receiving oral sex from a young female staffer.

Meetings, the women said, are rife with sexual innuendo and crude insinuations. Female employees are routinely asked deeply personal questions about their sex life by male superiors. All of the women said they were afraid to broach the topic with human resources because they felt would likely be fired.

Aside from Bakhtiar, all of the women -- who work or worked at both Fox News and its sister network Fox Business News -- requested anonymity because they fear reprisals.

Ailes, said the Times, ran both networks "with an iron fist." The question of how much he personally had to do with the pervasive anti-woman culture at the network, however, is up for debate.

"One former reporter said that behind closed doors, Mr. Ailes often made provocative comments about her appearance, her body and the dresses she wore," the report said. "She also said that each meeting with Mr. Ailes began and ended with a hug and a kiss, a ritual that made her uncomfortable and sometimes prompted her to turn her head to avoid being kissed on the lips."

“There is a culture where, not that you accept it, you just deal with it,” said one woman to the Times.

The Times asked Bakhtiar if she was concerned about the network retaliating against her for violating her nondisclosure agreement, she shrugged it off.

“What are they going to do? Come after me for money? Garnish my wages? It’ll make a bigger story out of it. I just feel like I shut up because I didn’t want to hurt my career,” she said. “It’s awful what happened to me, and to other people, with a nod from management.”

In the wake of Ailes' departure from the company on Thursday, media magnate Rupert Murdoch has stepped in to helm the network. The 85-year-old owner of NewsCorp, Fox's parent company, has forbidden Ailes from forming a rival network as part of his $60 million severance deal.