WATCH: Trump calls Vegas shooting 'in many ways a miracle' -- then vows to look at gun laws 'as time goes by' 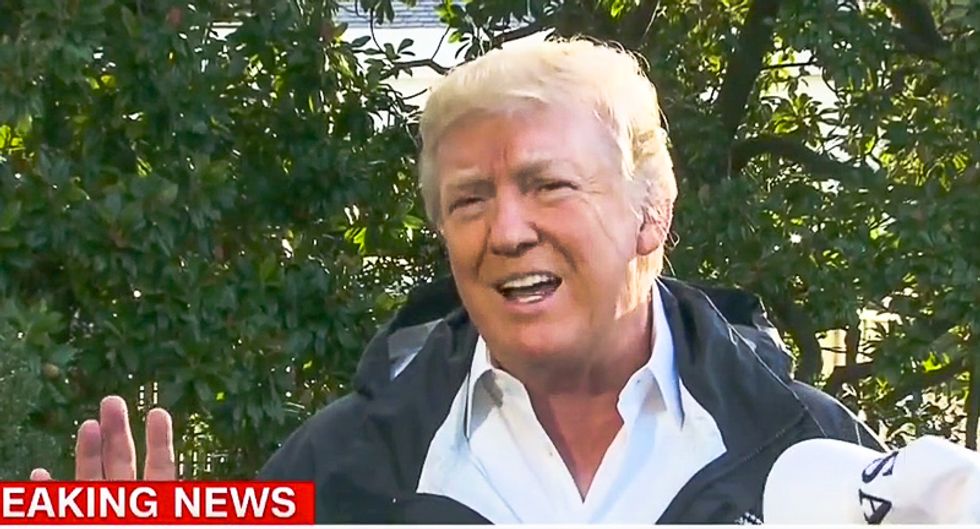 Commenting on the recent massacre in Las Vegas, President Donald Trump on Tuesday vowed that he would reexamine gun safety laws "as time goes by."

"Look, we had a tragedy," Trump opined from the White House lawn. "What happened is in many ways a miracle. The police department has done an incredible job."

"And we'll be talking about gun laws as time goes by," the president said with a dismissive wave of his hand.

Trump went on to say that his administration's hurricane recovery efforts had been "just as good" in Puerto Rico as they had been after an earlier hurricane in Florida.

And then the subject turned back to the Las Vegas shooting.

"He was a sick man, a demented man," Trump said of the suspected shooter. "A lot of problems, I guess. We're looking into him very seriously."