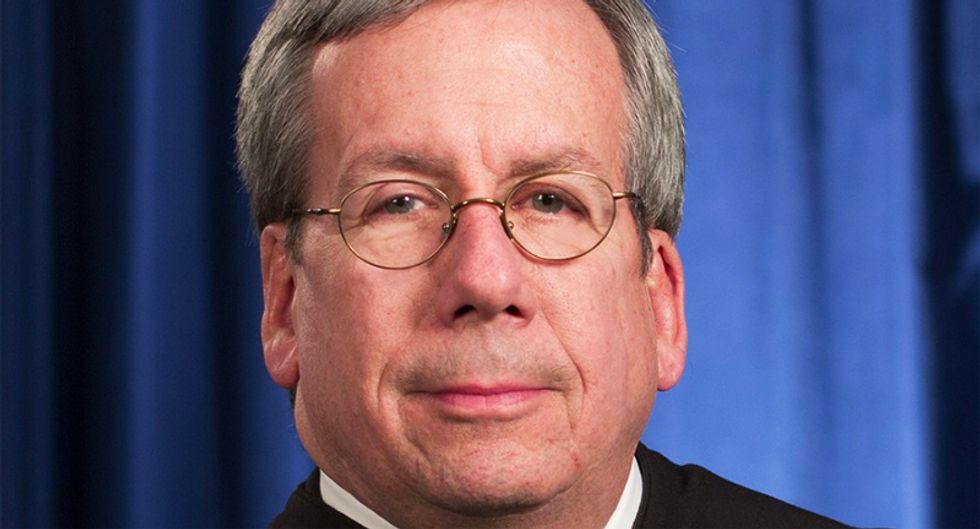 A Ohio Supreme Court justice who is planning to step down and run for governor of the Buckeye State got his campaign started with a bang by going on Facebook and boasting that he is quite the ladies man.

According to Cleveland.com, Justice Bill O'Neill, claimed that he has been "sexually intimate with approximately 50 very attractive females," over the past fifty years in the belief that he is standing up for men with his bold claim.

"Now that the dogs of war are calling for the head of Senator Al Franken I believe it is time to speak up on behalf of all heterosexual males," O'Neill wrote. "As a candidate for Governor let me save my opponents some research time. In the last fifty years I was sexually intimate with approximately 50 very attractive females. It ranged from a gorgeous blonde who was my first true love and we made passionate love in the hayloft of her parents barn and ended with a drop dead gorgeous red head from Cleveland."

According to the Supreme Court justice, now that he has come clean about his sexual exploits, he can now concentrate on issues that he feels are paramount on voters' minds:  "Legalizing marijuana and opening the state hospital network to combat the opioid crisis."

O'Neill added, "I am sooooo disappointed by this national feeding frenzy about sexual indiscretions decades ago. "

On November 9, O'Neill also cleared the air over whether there is "a comprehensive and constitutionally permissible plan for my departure from the court when I become a candidate for Governor."

According to WVXU political analyst Howard Wilkinson, O'Neill has assured the chairman of the Ohio Democratic Part that he will not run if presumed front-runner Rich Cordray -- the departing head of the Consumer Financial Protection Bureau -- decides to run.

You can see the Facebook posts and the tweets below:

I have notified the court of a comprehensive and constitutionally permissible plan for my departure from the court… https://t.co/oT55HjyTCY
— Bill O’Neill (@Bill O’Neill) 1510249344.0