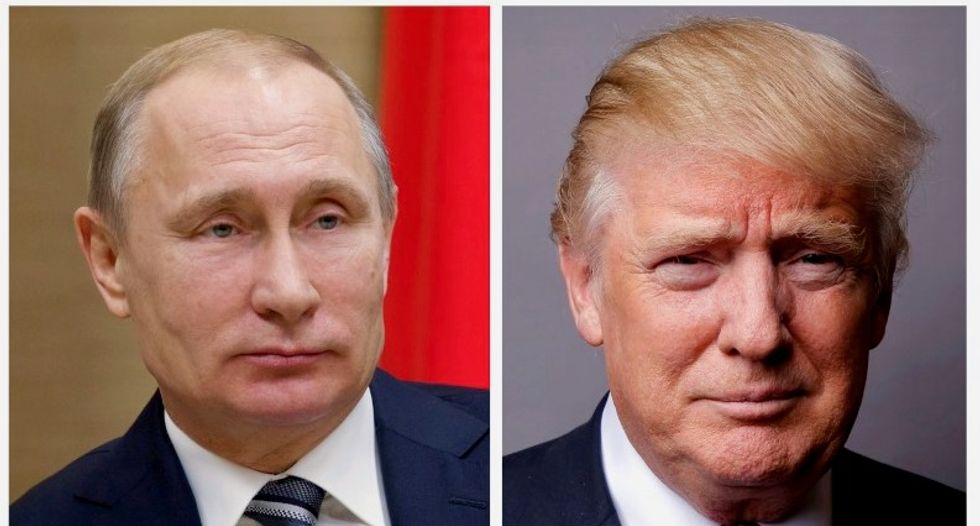 U.S. President Donald Trump on Sunday attempted to clear up confusion over whether he accepts Russian President Vladimir Putin's denials of meddling in the U.S. election last year.

At a news conference in Vietnam, Trump distanced himself from remarks he made on Saturday in which he suggested he believed Putin when he said there had been no Russian meddling in the election that took him to the White House.

The comments had drawn criticism at home because U.S. intelligence agencies have long since concluded there was Russian meddling.

"As to whether I believe it or not, I’m with our agencies, especially as currently constituted," Trump said at a news conference with Vietnamese President Tran Dai Quang.

"As currently led, by fine people, I believe very much in our intelligence agencies."

He was careful to make clear he sided with the intelligence agencies under his own leadership.

Former U.S. intelligence director James Clapper had told Reuters: "The fact the president of the United States would take Putin at his word over that of the intelligence community is quite simply unconscionable."

The Russian issue has clouded Trump's first year in office and his comments on Saturday were a distraction from his five-nation Asia tour.

Trump said he still believed Putin did not think there had been Russian meddling.

"I believe that President Putin really feels, and feels strongly, that he did not meddle in our election," Trump said, while adding: "What he believes is what he believes."

Trump said he was not interested in arguing with Putin over meddling and wanted to get on with Russia to work on world problems including North Korea, Syria and Ukraine.

Trump has called allegations of campaign collusion with Moscow a hoax. A special counsel, Robert Mueller, is conducting an investigation that has led to charges against Trump's former campaign manager Paul Manafort and his associate Rick Gates.