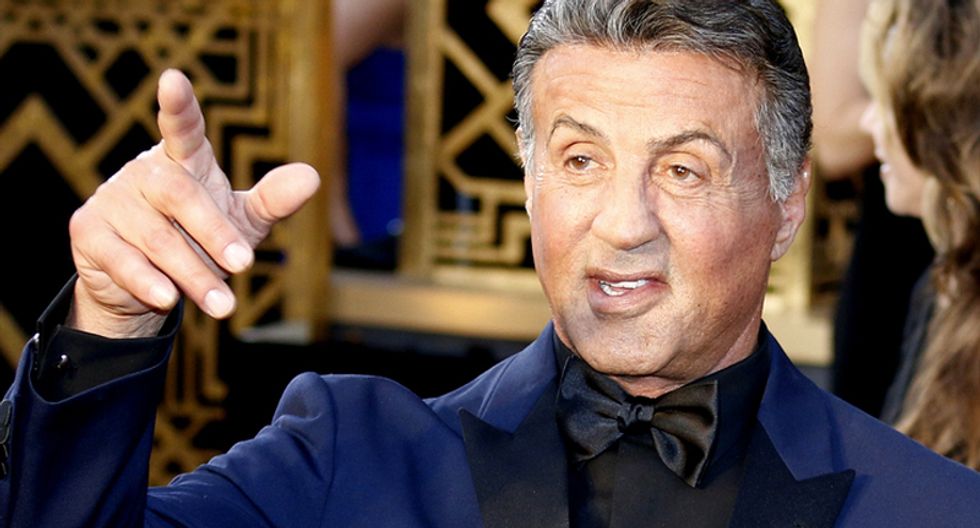 A woman claims actor Sylvester Stallone sexually assaulted her in the 1980s, when she was 16 years old.

Police confirmed the teen reported Stallone, then 40, pressured her into having sex with him and his bodyguard, Mike De Luca, at the former Las Vegas Hilton hotel, reported the Daily Mail.

The girl told police Stallone "intimidated" her into having sex with him, and he then encouraged De Luca to join them, which she said made her uncomfortable but felt she had "no choice."

A retired Las Vegas police detective, John Samolovitch, confirmed the authenticity of a copy of the original police report documenting the encounter.

The girl told police that Stallone and De Luca threatened to "beat her head in" if she told anyone because both men were married at the time.

She ultimately did not pursue charges against the actor and his bodyguard because she felt "humiliated and ashamed," and feared for her safety.

The teen had been staying at the hotel with family friends in July 1986, when Stallone was filming "Over the Top" there, and she was introduced to the star after meeting actor David Mendenhall, who was playing his son.

She flirted with Stallone, and his bodyguard gave her a key to the actor's room, where she went alone and willingly engaged in sex with him.

"She indicated that if the sexual encounter had only been with Stallone, she would not pursue this matter, but due to the fact that Mike, the bodyguard became involved in the sexual incident, she didn't know what she wanted to do," according to the police report.

Stallone agreed to pay $2 million the following year to his half-sister, who claimed he sexually assaulted her for years.

The actor "vigorously denied" the half-sister's claims, but he agreed to the payment, which included $16,666 a month for the rest of her life, in response to her threatened lawsuit.