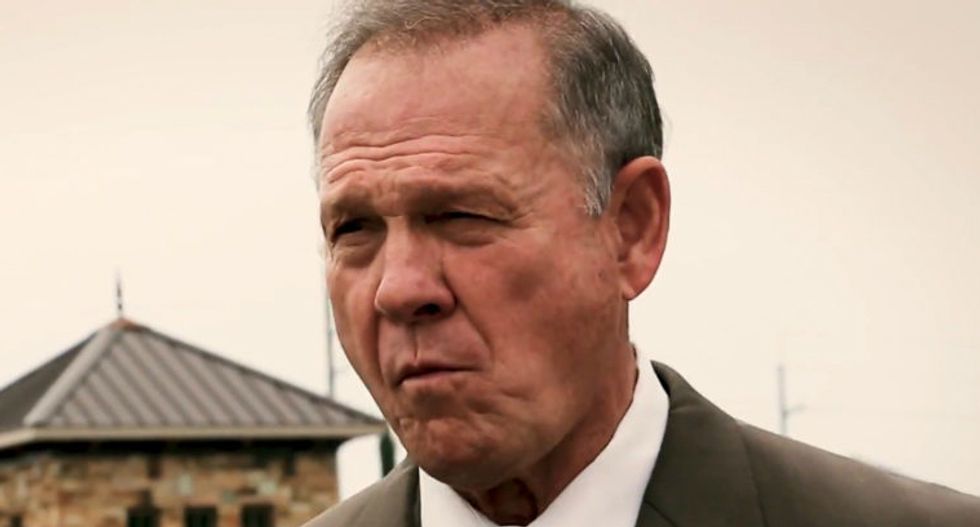 Here are the facts.

At a campaign event in September, one of the few African Americans in the audience asked Roy Moore, the Republican candidate for the U.S. Senate from Alabama, when he thought America had last been “great.”  This was, of course, an allusion to the slogan of the 2016 Trump presidential campaign – “Make America Great Again” – a theme that Moore has enthusiastically embraced.  Moore answered that, in his view, America had last been “great” during the era of slavery before the Civil War.  He informed his questioner: “I think it was great at the time when families were united – even though we had slavery – they cared for one another . . . . Our families were strong, our country had a direction.”  For Moore, who has built his political career around his supposed embrace of traditional family values, the Old South was a golden age.

Moore’s characterization of family life in the Old South is reminiscent of that expressed by southern proslavery apologists at the time.  Governor James Henry Hammond of South Carolina, for example, a prominent slave owner, responded in 1844 to abolitionist charges that slavery disrupted southern family life by boasting that “there are fewer cases of divorce, separation, . . . seduction, rape, and bastardy than among any other five millions of people on the civilized earth.”  Hammond’s claims are misleading at best.  Social conventions and legal practices made divorce nearly impossible in most parts of the Old South; it was legally prohibited in Hammond’s South Carolina.  Separation was made difficult by women’s limited legal and economic options and laws that transferred all of women’s property to the husband at the time of marriage.  Cases of seduction, rape, and bastardy were seriously underreported because of social conventions and the possibility of public embarrassment.  Of course, Hammond doesn’t even allude to the slave community, where marriages lacked legal recognition, families were frequently separated by movement or sale, and women and girls were often raped or coerced into sexual relationships with white men.

Hammond’s own marital and sexual behavior belies his (and Moore’s) claims about southern family life in the era of slavery.  In his mid-twenties, he wooed and married Catherine Fitzsimmons, a sixteen-year-old who brought substantial family wealth into the union.  He also began to buy slaves.  In 1839 he acquired Sally, an eighteen-year old bondwoman, and Louisa, her young daughter.  After fathering several slave children by Sally, he took twelve-year old Louisa as his mistress and fathered additional slave children with her.

Hammond’s sexual misconduct didn’t end with his females slaves.  It also extended to his white relatives.  Thanks to his voluminous diaries, which were discovered in 1989, we have an extensive record of his transgressions in his own words.  In the early 1840s, he became sexually involved with his four “lovely and luscious” nieces, ages thirteen to eighteen.  Although he apparently stopped short of sexual intercourse with them, he recorded that he loved “permitting my hands to stray unchecked over every part of them . . . in the most secret and sacred regions.”  Eventually these dalliances became more than Catherine could abide and she separated from Hammond, before reconciling three years later, possibly because all of her wealth and social standing had remained with her husband.

Whether it comes from Moore now or Hammond in an earlier time, southern politicians’ claims about the idyllic nature of family life in the Old South often conceal a far darker side.  In Hammond’s era, part of his sexual misconduct became political fodder; part remained hidden until his diaries were discovered.  Even so, the South Carolina legislature eventually named him to the U.S. Senate.  Moore may be traveling in Hammond’s footsteps.

But the evidence exists to correct their historical distortions.  Over the past half century, with the emergence of women’s history and southern social history as important subfields of the broader discipline, historians have been able to fully illustrate the troubling truth about antebellum southern family life.  New historical sources, such as Hammond’s diaries, have been discovered to aid in this pursuit.  Nevertheless, popular mythologies – such as the one rendered by Moore – continue to paint the Old South as a golden age (and place) for family life.  Fortunately, the historical voices of white women and black slaves still speak across the years to challenge these misrepresentations.  Their words confront the historical inaccuracy (and alleged sexual misconduct) of both a James Henry Hammond and a Roy Moore.  Me too!

Roy E. Finkenbine is Professor of History and Director of the Black Abolitionist Archive at the University of Detroit Mercy.