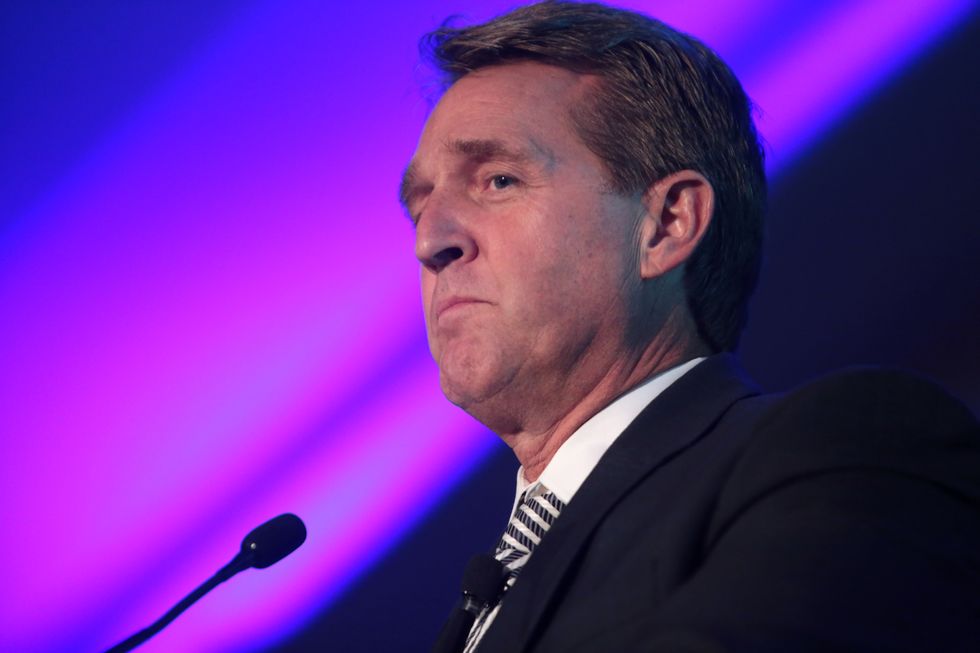 Sen. Jeff Flake (R-AZ) appeared to showcase his support for Doug Jones, Roy Moore's challenger for the Alabama Senate seat, by tweeting a photo of a check donating to the Democrat's campaign captioned "country over party."

Flake's donation comes hours after an "awkward" White House photo from earlier on Tuesday showed him sitting next to President Donald Trump as he latter spoke about Republican unity on the heels of his tax bill victory. The Washington Post and others accused Trump of using Flake, who announced his retirement earlier this year and has been somewhat vocal in condemning the president, as a "prop."