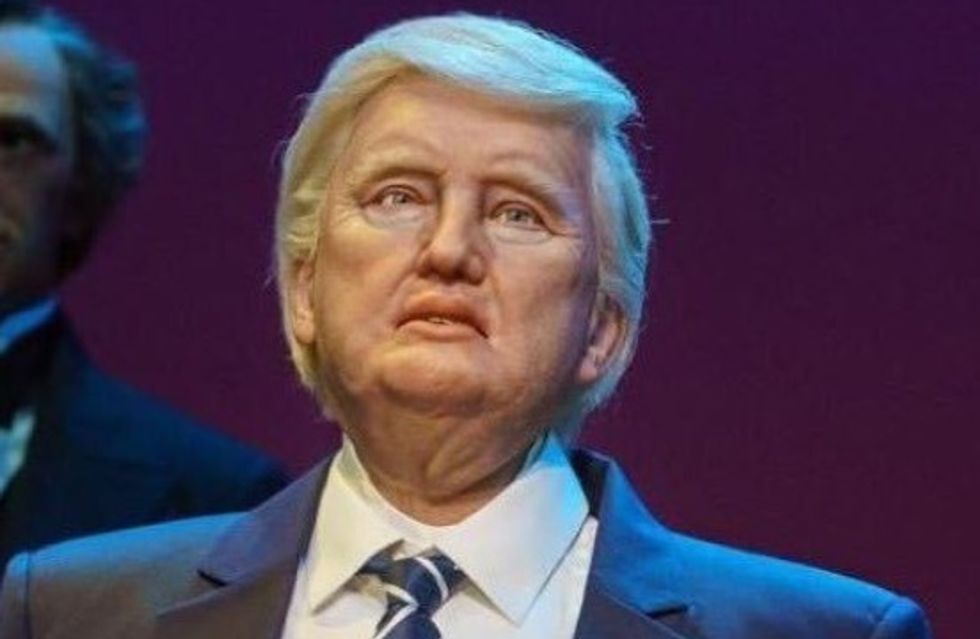 A New York based comic is explaining his "lock him up" protest at the Disney World Hall of Presidents attraction, in an exclusive interview with Hornet.

While on a family vacation in Florida, gay comic Jay Malsky protested President Donald Trump, but protesting Disney's robotic likeness of the commander in chief.

"Trump is an unconventional president and I think our should our protests should be too," Malsky explained.

Malsky explained the aftermath of the protest, which wasn't captured on the viral video.

"A few people came up to me and security stepped in so it didn’t turn into a Trump rally. They asked me to step outside with them and I was like, 'Yeah absolutely, that makes sense.' Disney security sat with me for a bit and we talked about Patton Oswalt while they determined whether I was a real threat or not," Malsky recounted.

He added, "I just want to note that Disney security is amazing and they do a great job protecting the millions of people who frequent their parks every day. They could not have been more professional and courteous in this situation."

The Hornet asked about criticism the comic "may have scared children in the audience."

"I hope their parents were forced to explain to them what a protest is so they can learn to do it before Trump destroys our democracy," the comic said.

"I also hope they’ll think about the thousands children being taken away from their parents because of Trump’s racist immigration policies, or the parents of the hundreds of trans people murdered each year by transphobic and homophobic people, or the negative impacts of the tax bill on poor and middle-income Americans," Malsky continued. "I encourage anyone outraged that I interrupted a ride at Disney to check their privilege."

Malsky told Splinter News that "Donald Trump is a madman with fascist tendencies who has persuaded millions of middle-class Americans to vote against their own interests."

Trump's robot has been described as the "creepiest thing ever."

I protested @realDonaldTrump at the #hallofpresidents cuz I'll never get this close in real life probs. #lockhimup pic.twitter.com/jKOQShIdz8