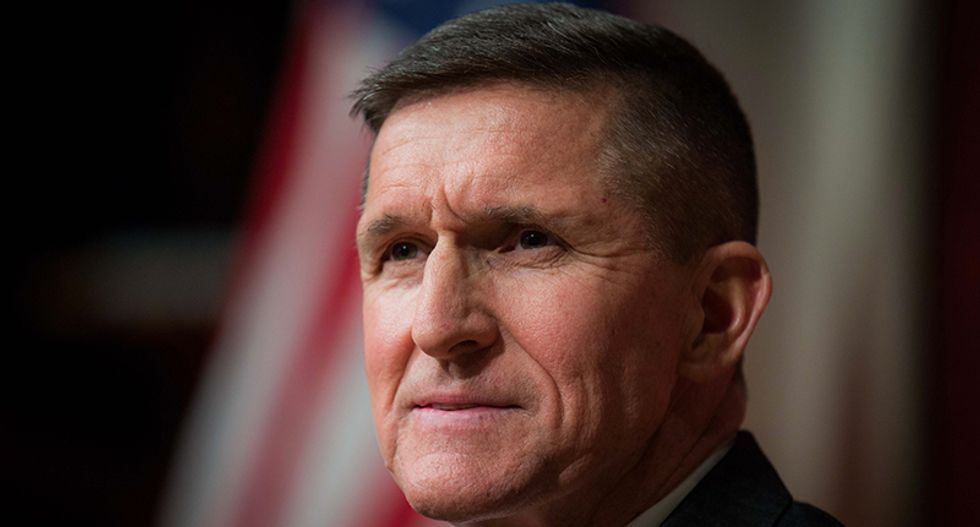 As President Donald Trump delivered his inaugural address on Capitol Hill in January, his incoming national security adviser Michael Flynn, sitting a few yards away, texted a former business partner that a nuclear power project that would require lifting sanctions on Russia was "good to go," a senior House Democrat said in a letter released on Wednesday.

Quoting a confidential informant, Representative Elijah Cummings, the top Democrat on the House Oversight and Government Reform Committee, wrote that Alex Copson, the managing partner of ACU Strategic Partners, told the informant that Flynn would see that the sanctions on Moscow were "ripped up."

In the letter to Representative Trey Gowdy, the panel’s Republican chairman, Cummings demanded that Gowdy subpoena documents on the nuclear power plan from the White House, Flynn, Copson, their partners and associates.

Cummings said he had found the unnamed informant to be "authentic, credible, and reliable," and offered to produce the individual for Gowdy.

Reuters was unable to identify the informant or independently confirm the information in Cummings' letter, which can be seen here: http://tmsnrt.rs/2AvwKex.

Gowdy, Copson and ACU did not immediately respond to detailed requests for comment, while an attorney for Flynn declined to comment.

If true, the informant’s story adds new evidence that the project’s promoters believed that Flynn and Trump backed the plan for a consortium of U.S., Russian and French firms to build and operate 45 nuclear power plants in Saudi Arabia and other Arab countries.

Reuters last week published documents that showed Copson and other plan proponents believed they had Flynn and Trump in their corner. The documents also revealed previously unreported aspects of the ACU proposal, including the involvement of a Russian nuclear equipment manufacturer currently under U.S. sanctions.

Flynn was a consultant to ACU from April 2015 to June 2016, according to amended financial disclosure forms he filed in August 2017.

Flynn, who served only 24 days as Trump's national security adviser, pleaded guilty last week to lying to FBI agents working for Special Counsel Robert Mueller about his contacts with a senior Russian diplomat. Mueller is investigating whether the Trump campaign colluded with Russia during the 2016 elections.

Cummings wrote that he delayed releasing the letter at Mueller’s request until the special counsel "completed certain investigative steps. They have now informed us that they have done so."

Cummings said the informant, who contacted his staff in June, met Copson at a Jan. 20 inaugural event in Washington. The two had not known each other, Cummings said.

Copson described the nuclear project and told the informant that he had "just got this text message" from Flynn saying that the plan was "good to go" and that Copson should contact his colleagues to "let them know to put things in place," Cummings wrote.

Copson showed the informant the text message, according to Cummings. While the informant did not read the message, he saw the time stamp of 12:11 pm, which was about 10 minutes into Trump’s inaugural address.

"Mike has been putting everything in place for us," Copson told the informant, Cummings wrote. "This is going to make a lot of wealthy people."