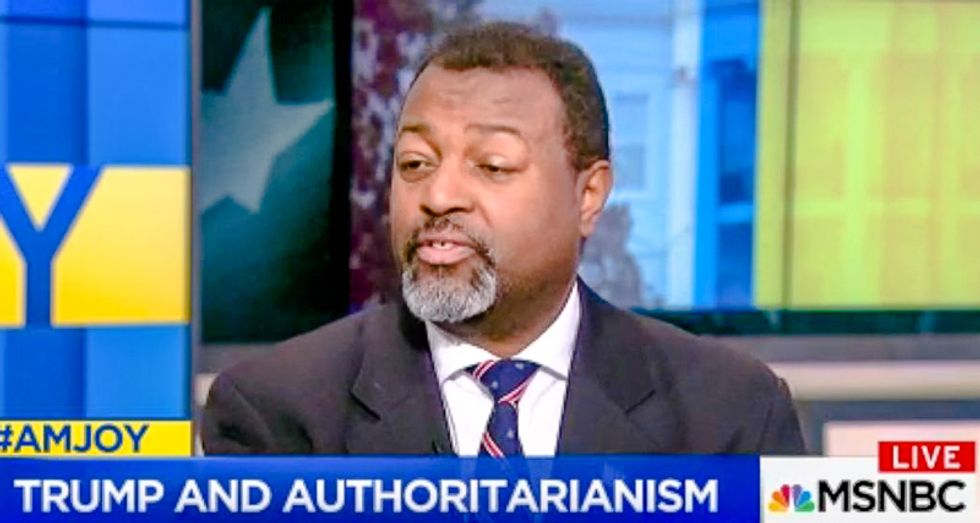 MSNBC contributor Malcom Nance reportedly scared the "bejesus" out of viewers on Sunday when he pointed out that President Donald Trump was following the authoritarian playbook by pitting police against federal law enforcement.

"Do I have to be the one that comes out and tells the American public, the last time we had a crisis of this magnitude was the Civil War," he explained. "The Civil War, they at least used the precepts of the Constitution to make a legal separation from the United States."

"Other than putting troops in your house, many of these things are happening," Nance continued. "If he takes away the fundamental ability for us to police ourselves, to police the president of the United States, then he has done the ultimate in obstruction of justice. He is dismantling the Constitution and it cannot stand! We cannot allow it to stand."

He added: "Everybody who is watching this who is in government right now who would think this is good, then you're just doing a [Communist Party propaganda agency] politburo. Okay? We don't need Saddam Hussein's People's Council here. What we nee to do is defend this nation's democracy."

MSNBC viewers immediately reacted to Nance's words with alarm. One viewer noted that Nance had scared the "bejesus" out of her.