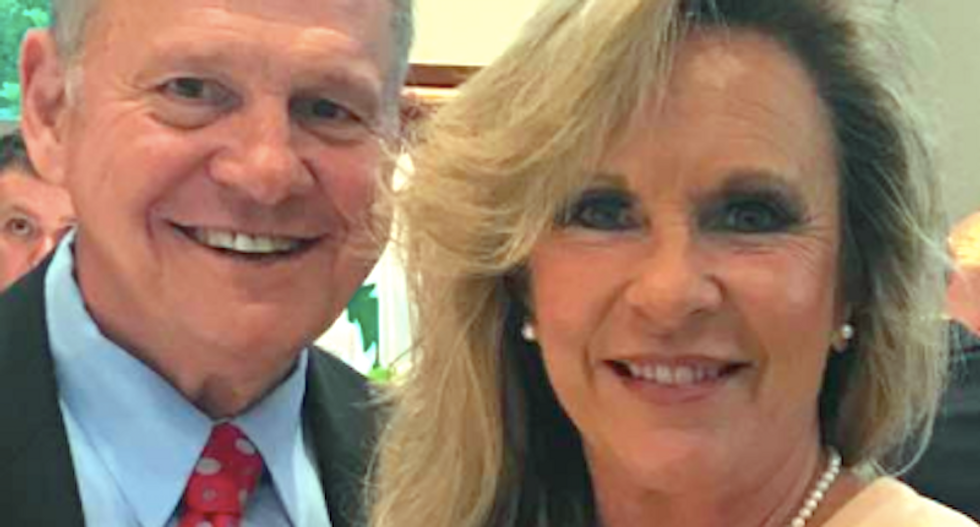 "Judge Moore just got off the phone with President Trump -- we have his full support!" wrote Kayla Moore on Facebook. "Thank you Mr. President! Let’s MAGA!"

Trump on Monday went further than he ever has in explicitly endorsing Moore, as he wrote on Twitter that "we need Republican Roy Moore to win in Alabama" on the grounds that "we need his vote on stopping crime, illegal immigration, Border Wall, Military, Pro Life, V.A., Judges 2nd Amendment and more."

Previously, Trump had relegated himself to attacking Doug Jones, who is Moore's Democratic opponent in the Alabama Senate race. No other high-profile Republican has explicitly endorsed Moore the way that Trump has, although Senate Majority Leader Mitch McConnell on Sunday said he thought that Alabama voters should ultimately decide whether Moore deserved to win this month's special election.