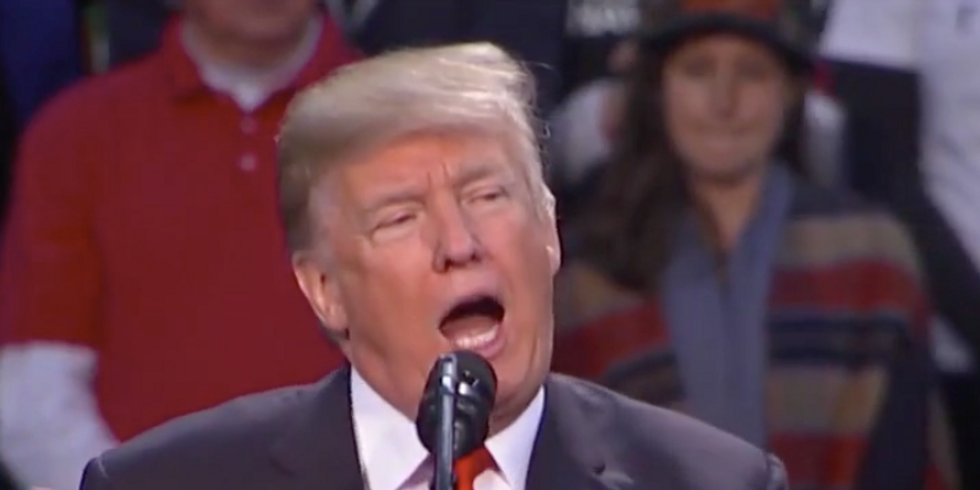 "How can FBI Deputy Director Andrew McCabe, the man in charge, along with leakin’ James Comey, of the Phony Hillary Clinton investigation (including her 33,000 illegally deleted emails) be given $700,000 for wife’s campaign by Clinton Puppets during investigation?" the president ranted.

Mediaite.com said that the Trump tweets went out at the same time Fox News was showing a segment attacking McCabe, who testified this week that Comey reported to him contemporaneously about Trump's request that the FBI drop its investigation into retired Lt. Gen. Michael Flynn.

Flynn pled guilty to lying to the FBI in special counsel Robert Mueller's investigation and since then, right wing attacks on the FBI and on Mueller's integrity have intensified.

Joy Reid said on Friday that Republicans' only aim is to exonerate Trump "at any cost and by any means necessary."