'We say Christmas again very proudly': Trump praises himself in video conference with troops from Mar-a-Lago 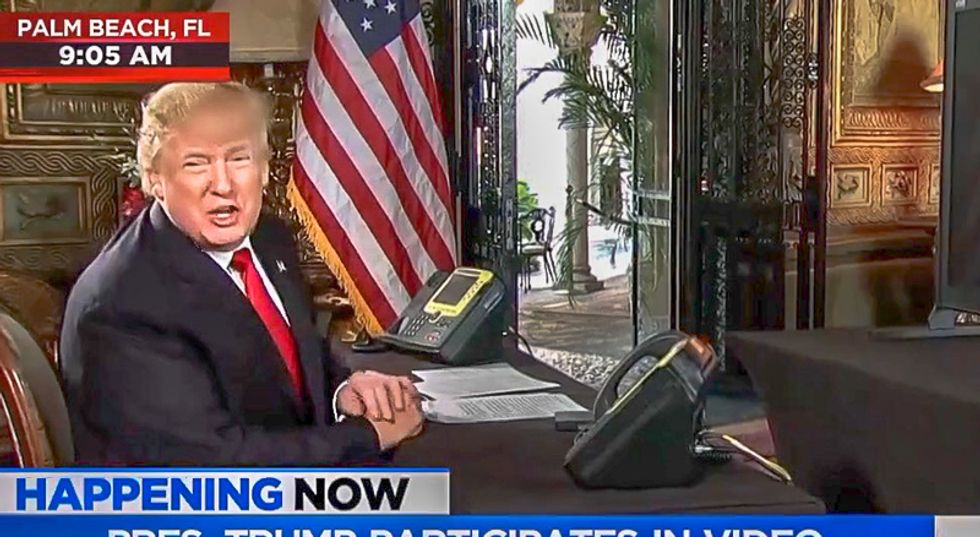 President Donald Trump used a holiday teleconference with the troops to suggest that he reinvigorated the use of the word "Christmas" by becoming president.

Speaking to the five branches of the military from his office at Mar-a-Lago, Trump struggled with the names of soldiers as he read a speech thanking the troops for their service.

At one point, the president thanked sailors aboard the USS Sampson for setting a "new standard" for readiness.

"It really has always been ready," he continued. "But we're all ready. So congratulations on the new standard. We're all talking about it. It's a high standard you've set."

"We're asking God to watch over you," the president added.

According to CNN's Dan Merica, Trump repeated the suggestion that he had brought back an interest in Christmas by being elected president.