'Anthony, you said he tries to suck his own penis!' Scaramucci MSNBC interview goes hilariously off the rails 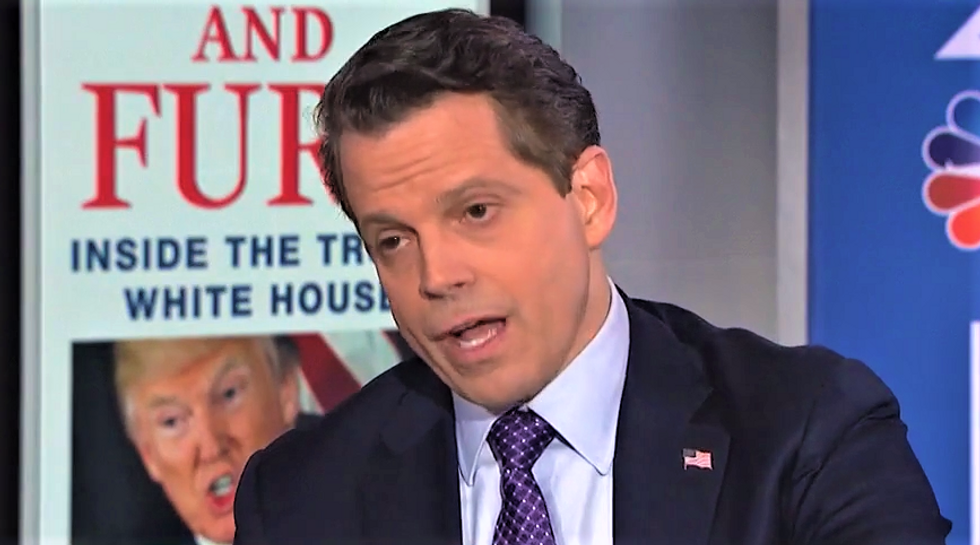 MSNBC's Stephanie Ruhle grilled former White House Communications Director Anthony Scaramucci on Thursday -- and was incredulous when Scaramucci suggested that there was a way for former Trump political strategist Steve Bannon to get back in President Donald Trump's good graces.

When asked by Ruhle if he felt vindicated by his past criticisms of Bannon, Scaramucci instead said that he would simply like Bannon to become more of a team player.

"I don't feel so much vindicated as I would like Steve to knock it off and rejoin the team," Scaramucci said.

"Hold on," Ruhle interrupted. "When you say, 'rejoin the team,' what does that mean?"

Scaramucci explained that Bannon still had a powerful voice within the Republican Party, as long as he used it to support Trump's presidency instead of undermining him.

"Anthony, you said six months ago that you think Steve Bannon tries to suck his own penis!" Ruhle responded. "And now you're saying he should, you know, get on board, get on the team? Let's be honest about how you feel."

This clearly annoyed Scaramucci, who then sarcastically called MSNBC his "favorite network" before insisting that "I've never come on a show without being honest about how I feel."