BUSTED: Trump claimed he never thought of firing Mueller two months after ordering Don McGahn to do just that 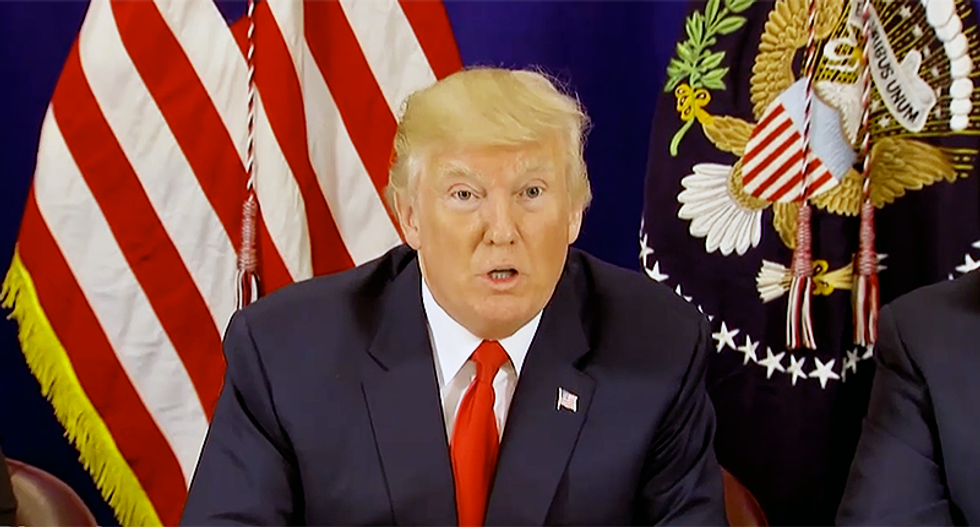 During a press conference from his golf club in Bedminster, New Jersey in August 2017, President Donald Trump said that he never even thought about firing special counsel Robert Mueller.

“I haven’t given it any thought,” Trump told reporters Aug. 10 when the press asked if he wants to fire the special counsel. “I’m not dismissing anybody.”

Trum then corrected himself on Mueller, saying that he’s “been reading about it from you people.”

“You say, ‘Oh, I’m going to dismiss him.’ No, I’m not dismissing anybody,” Trump said. “I mean, I want them to get on with the task. But I also want the Senate and the House to come out with their findings.”

Watch the video below via Bloomberg: