Ex-Obama spokesman righteously goes off on GOP memo clown show: 'This is government by conspiracy theory' 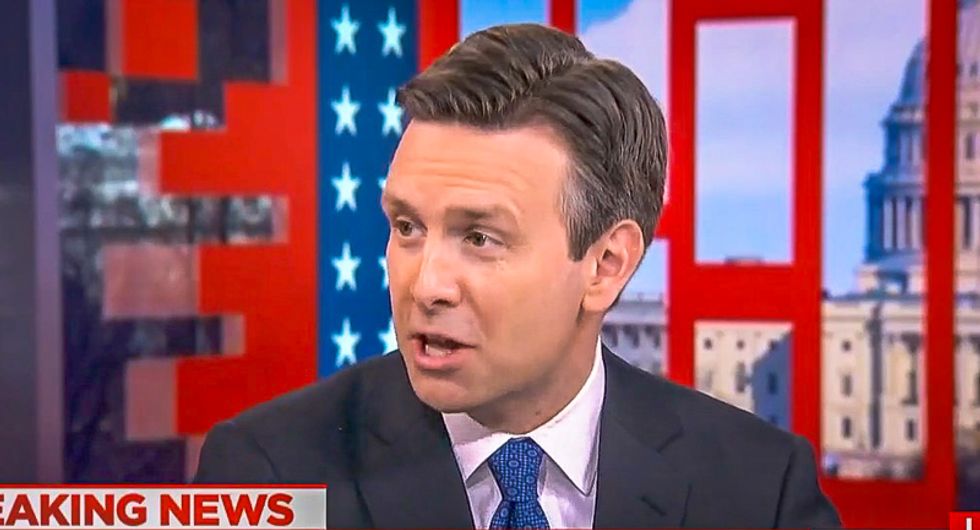 Josh Earnest, President Barack Obama's former press secretary, lashed out at President Donald Trump and House Republicans for planning to release a memo which the FBI has condemned as dangerous and misleading.

"This is an outrage!" Earnest told MSNBC's Chris Jansing on Wednesday. "And this is government by conspiracy theory, that right now what you have is, is you have the White House conspiring with a Republican stooge on Capitol Hill, Devin Nunes, to try to drum up some evidence of a conspiracy inside the Department of Justice against Donald Trump."

"There's no evidence for that," he added. "So, what they literally have to do is, they're making it up. And that's why you're seeing the FBI indicate that there are egregious omissions of fact that actually give people a mistaken impression of about the work the FBI has been doing."