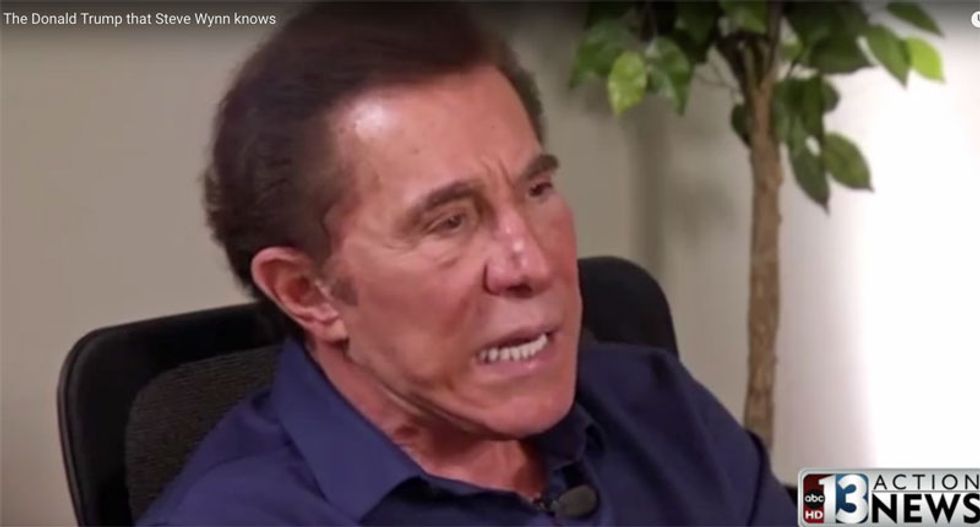 Wynn was the subject of a bombshell Wall Street Journal report published Friday that focused on a pattern of sexual misconduct.

The casino mogul sat down with longtime Nevada political reporter Jon Ralston for a KTNV Channel 13 interview that was posted on September 30, 2016.

"You know the guy really well, is he ready to be president?" Ralston asked