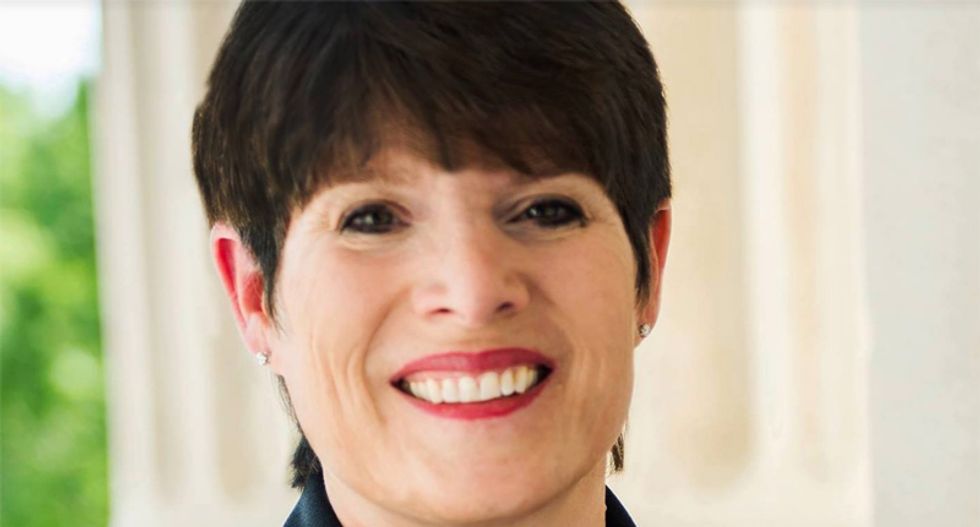 A South Dakota state representative will ask her colleagues to vote on a proposed law on Monday that will punish anyone replicating the state seal without its reference to God, and carries a possible fine and one year in jail.

As reported at the Friendly Atheist, Rep. Sue Peterson (R-Sioux Falls) has submitted House Bill 1102 that will, "... clarify certain provisions regarding the great seal of South Dakota and to establish a penalty for misrepresentation of the great seal."

Specifically, Peterson is going after anyone who recreates the seal and drops the phrase, "Under God the people rule."

Under the bill, failure to include the slogan would be classified as a Class 1 misdemeanor, punishable by up to a year in jail and/or a fine of up to $2,000.

According to the report, Peterson's bill enjoys bipartisan support with 86 Republicans and 13 Democrats signing on as co-sponsors.

Needless to say, the American Civil Liberties Union is keeping a close eye on possible passage of the bill.

"It's not a road that’s constitutional and it’s not a road we want to go down," Libby Skarin, policy director for the American Civil Liberties Union of South Dakota said in a statement, reports the Argus Leader.

What brought about the far-reaching -- and likely unconstitutional proposal -- was when lawmakers noticed the seal on their state apparel did not include the state motto.

"I think it's because the women's prison does it for us and I think they just didn't have the right piece," Peterson told reporters. "I am aware that there have been misuses of the seal, there were some people who would cut it in half to take artistic license with it. It’s a branding issue and it (the seal) needs to be honored and respected."

You can read more here at the Friendly Atheist.