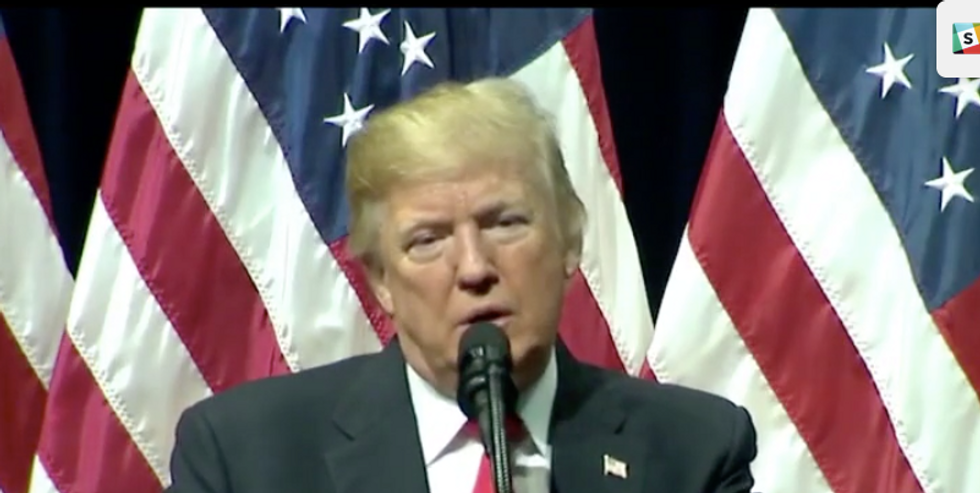 On Wednesday, President Trump’s ex-campaign manager, Paul Manafort, sued the Justice Department’s special counsel, urging a federal court to narrow Robert Mueller’s investigation to Russian collusion with Trump’s campaign, not private business deals. Manafort’s lawsuit described Mueller’s probe as a “creeping incursion” that can investigate “anything,” and likened Mueller to a “wolf.” Yet what emerges from this panicky plea is an acknowledgment that Mueller can investigate and prosecute the thing Trump fears the most—the question of whether Trump broke the law in order to build his fortune.

“Paul Manafort and Donald Trump share a common problem and it is entirely to do with Russian money,” said investigative reporter David Cay Johnston, who has covered Trump’s finances for decades and is author of the forthcoming book, It’s Even Worse Than You Think: What the Trump Administration Is Doing to America. “Trump has been receiving money from the Russians in squirrely deals, like grossly overpaying or funneling money through intermediaries, for more than 30 years.”

“Manafort, as an unregistered foreign agent, is vulnerable not so much because he might get a few years in prison, but because under the Foreign Agent Registration Act, he can be stripped of every dollar that prosecutor Mueller can show came from a foreign government,” Johnston continued. “Manafort, like Trump, is desperate to make sure that the record of financial transactions does not get before a judge and a jury.”

The optics of the lawsuit describe Mueller as a runaway prosecutor, echoing calls from Republican loyalists in Congress and right-wing media to discredit Mueller and urge Trump to fire him.

“Indeed, the Appointment Order in effect purports to grant Mr. Mueller carte blanche to investigate and pursue criminal charges in connection with anything he stumbles across while investigating, no matter how remote from the specific matter identified as the subject of the Appointment Order,” the lawsuit says. “The investigation has focused on Mr. Manafort’s offshore business dealings that date back to as early as 2005—about a decade before the Trump presidential campaign launched—and have been known to the United States government for many years.”

As the lawsuit goes on to describe how the special counsel left 2016 behind and investigated Manafort’s overseas consulting for Russian political allies, it also reveals Mueller was investigating Manafort’s taxes, his overseas accounts and his financial deals.

“This stuff goes directly to Donald Trump’s finances, which he has always been determined to keep as secretive as possible, because it will expose who he really is and his behavior,” Johnston said.

Moreover, the lawsuit appears to be a desperate attempt to throw a final barrier between Mueller and Trump, by seeking a federal judge to restrict the scope of the special counsel investigation. (The suit ignores the fact that another federal judge, presiding over a grand jury, is overseeing and authorizing everything Mueller is doing.)

“What Manafort is clearly trying to do here is shut off one of the avenues from Mueller to get into Trump’s money, particularly as connected with Russians,” Johnston said. “This will not succeed, or should not succeed, because in the United States you don’t get to pick your prosecutor. That’s really what Trump wants to do. He wants to have a show prosecution, an investigation where he’s in control. That’s not how it’s supposed to work.”