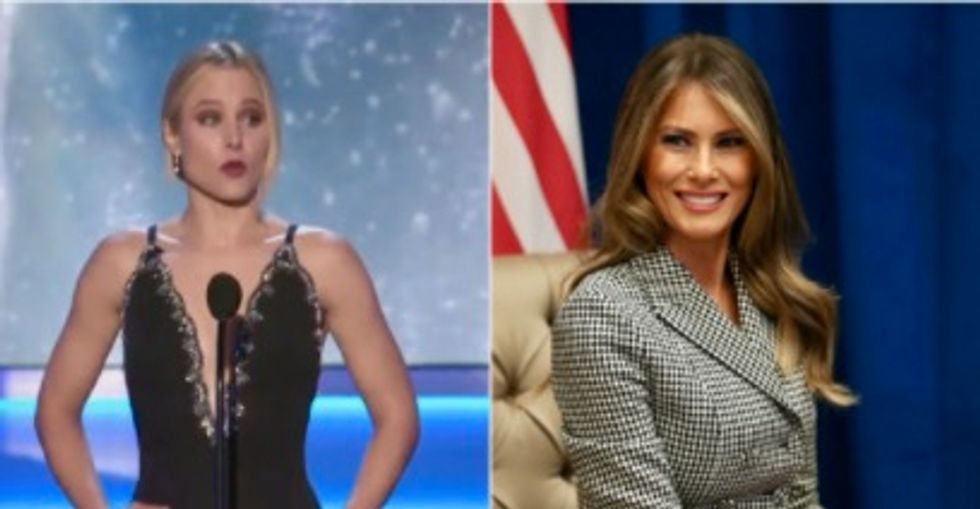 Host Kristen Bell kicked off the 24th Annual Screen Actors Guild Awards with a brief but punchy monologue that included a subtle joke at First Lady Melania Trump’s expense. “There has never been ...