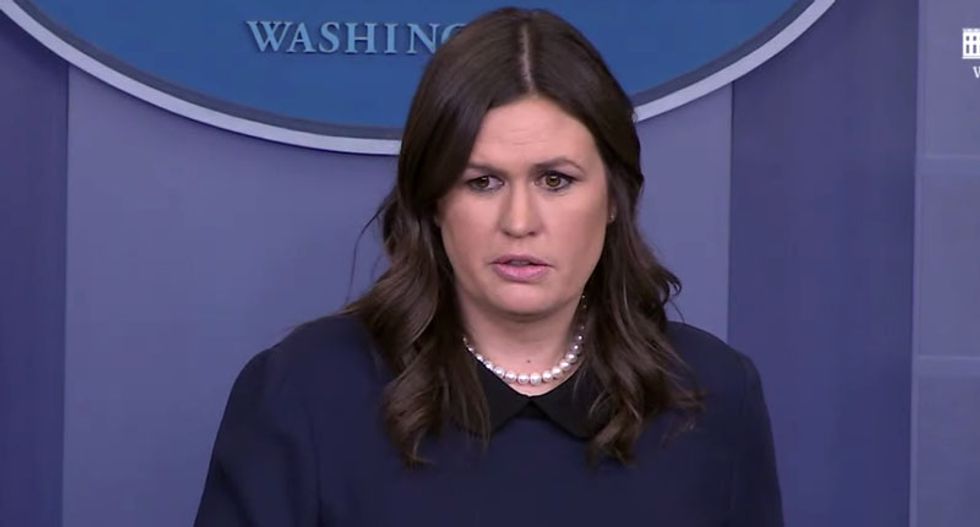 White House press secretary Sarah Huckabee Sanders refused to comment on an explosive congressional transcript that was leaked on Thursday.

"I haven't any conversations with anyone specific to that," Sanders said when asked about it.

Sanders also said the White House would not comment on reports that Trump could be interviewed by special counsel Robert Mueller during his investigation of Russian interference in the 2016 U.S. presidential election.