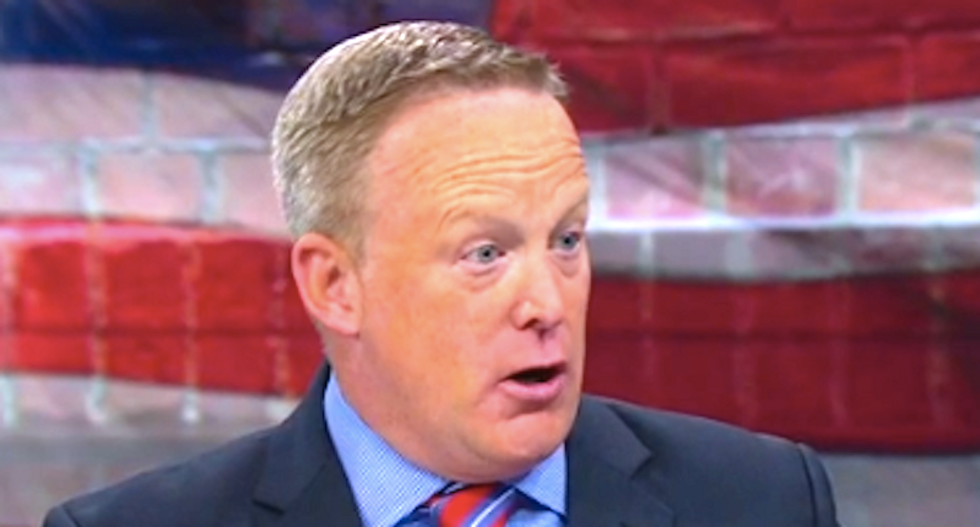 Former White House press secretary Sean Spicer cautioned media mogul and actual billionaire Oprah Winfrey of thinking of a presidential run in 2020 because she has no experience.

During a Monday appearance on "Good Morning Britain," Spicer seemed to dismiss the assumption that Winfrey has a shot at the high office.

“She doesn’t have the political infrastructure,” Spicer said. “And we’ve seen this before in our history — where people who have tried to pop in who are not in politics and have had a difficult time adjusting.”

“Sean! Sean! Sean!” host Piers Morgan shouted at Spicer. “The current president of the United States had no political experience! Sean! You were his press secretary! Have you forgotten Donald Trump?!”

“That withstanding, President Donald Trump proves that there is an appetite for outsiders, and that you don’t necessarily have to have [experience],” Spicer said. “The question is: Was that an anomaly, or is that the new norm?”

Oprah's speech at the Golden Globes Sunday sparked conversation about the possibility of the former talkshow host running in the next election.