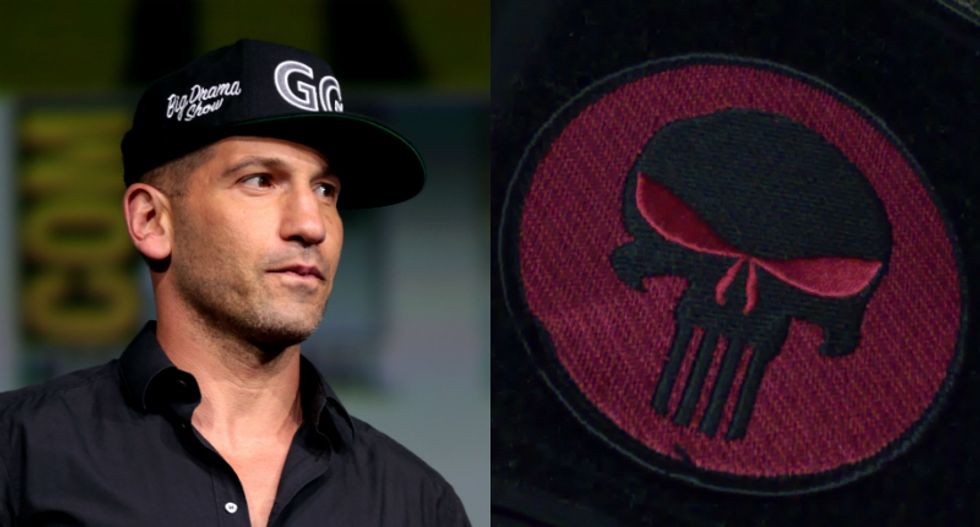 In a tell-all interview, "The Punisher" star Joe Bernthal had some choice words for right-wing racists who use the show's skull logo for their own ends.

"F*ck them," Bernthal told Esquire's Stephen Roderick when asked about "alt-righters" who wear the Punisher skull, such as those seen wearing it during the deadly white supremacist rally in Charlottesville, Virginia last August.

"Should there be a way that a guy with mental issues like the assh*le in Texas can’t get guns? Absolutely. We have to have a dialogue, and that’s not happening," the "Punisher" star said, referencing Devin Kelley, a man who opened fire in a church in Sutherland Springs, Texas last year and killed 26 people.

In the interview, Bernthal also opened up about his own history of violence, admitting to "nearly killing a man."

"I know now life is more about working things out and heading off that violence," the actor said, claiming that he wants to teach his two sons that "extremism and lack of compromise" are not the right way to solve problems.