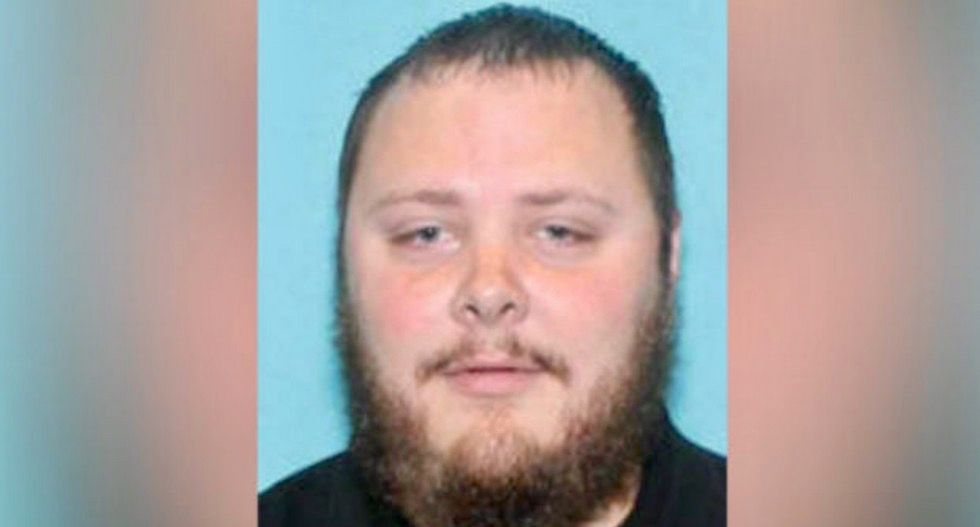 The U.S. Air Force missed at least two chances to block the shooter in last weekend's deadly church attack in Texas from buying guns after he was accused of a violent offense in 2012, according to current and former government officials and a review of military documents.

A third opportunity to flag shooter Devin Kelley was lost two years later by a twist of bad luck when a Pentagon inspection of cases narrowly missed the former airman.

The Air Force said on Monday it had failed to provide information as required about Kelley's criminal history to the Federal Bureau of Investigation's criminal databases. It gave few other details about the omission.

A review of Department of Defense procedures by Reuters shows that the military twice should have flagged Kelley, then serving at a New Mexico base, after he was accused of repeatedly beating his wife and stepson.

If Pentagon rules had been followed, the Air Force should have put Kelley into national criminal databases used for background checks soon after he was charged.

The Air Force should then have flagged Kelley, 26, again later that year after his court-martial conviction for assault, which permanently disqualified him from legally getting a gun.

When presented with this account of how the FBI was not alerted about Kelley, Air Force officials confirmed the procedures that should have happened.

"That is what the investigation is looking at now," Brooke Brzozowske, an Air Force spokeswoman, said. The FBI confirmed it never received Kelley's records.

Kelley bought guns from a store in Texas in 2016 and 2017, although it is not clear whether these were the weapons he used last Sunday to attack churchgoers in Sutherland Springs before killing himself. Authorities said he killed 26 people, including a pregnant woman's unborn child.

If the Air Force had flagged Kelley to the FBI either when he was charged and convicted, he would have been unable to get a gun legally.

Reuters has been unable to determine exactly how or why Kelley's records were not shared.

Kelley also narrowly slipped through the system in 2014 when the Pentagon's inspector general told the Air Force it was routinely failing to send criminal records to the FBI, and urged them to correct this in some old cases like Kelley's

The then inspector general, Jon Rymer, raised the alarm with the military.

He looked at 358 convictions against Air Force employees between June 2010, and October 2012. In about a third of those cases, fingerprints and court-martial outcomes were wrongly not relayed to the FBI, the inspector general's report said.

Rymer recommended that the Air Force send what missing fingerprints and records it could from his sample period to the FBI, and the Air Force agreed. But Kelley was convicted in November 2012, a week after the sample period ended, and it appears that his case was never looked at again.

The inspector general's office said it was investigating what happened with Kelley's file, and suggested that the military should have done more after its report to correct errors in sharing information.

"Our recommendations, while directed at the period that was reviewed and future investigations, also applied to the entire system," said Dwrena Allen, a spokeswoman for the inspector general’s office.

According to statements from the Air Force and FBI and a review of Defense Department rules, the first mistake came when the Air Force failed to send along Kelley's fingerprints.

The military makes it mandatory to collect fingerprints when someone is accused of a serious crime such as assault, as Kelley was in June 2012.

By then, the U.S. military had recently switched to using the FBI's automated records-submission system for all fingerprints, which digitally scans prints and adds them to FBI databases.

It was not clear what happened to Kelley's fingerprints. The Air Force said it was investigating whether they were even taken.

Entering his fingerprints and other information in the FBI's so-called Interstate Identification Index (III) would have been enough to flag Kelley as needing further investigation in 2016 when he tried to buy a gun at a San Antonio store.

"When they hit on a record like that they delay the transaction," said Frank Campbell, a former Justice Department employee who helped develop the FBI's background check system that licensed gun dealers must consult before a potential sale.

The FBI would then have asked the Air Force the outcome of Kelley's case. The airman was convicted of a crime involving domestic violence that carries a maximum penalty of more than one year in prison, both of which disqualify a person from buying guns and ammunition under federal law.

The FBI could have then added Kelley's name to the National Instant Criminal Background Check System Indices (NICS Indices), which would mean he would instantly fail future background checks.

According to Defense Department rules, the Air Force should have caught its error after Kelley's court-martial ended when it was obliged to notify the FBI that Kelley had been convicted, and that his crime involved domestic violence

The FBI said on Wednesday it had no record in its three databases for background checks, including the III database and the NICS Indices, of ever receiving information from the Air Force about Kelley's conviction.

Air Force officials said it was the responsibility of the Air Force Office of Special Investigations, the force's law enforcement agency, to take fingerprints and share any necessary information with the FBI, and it was not immediately clear why it had not.